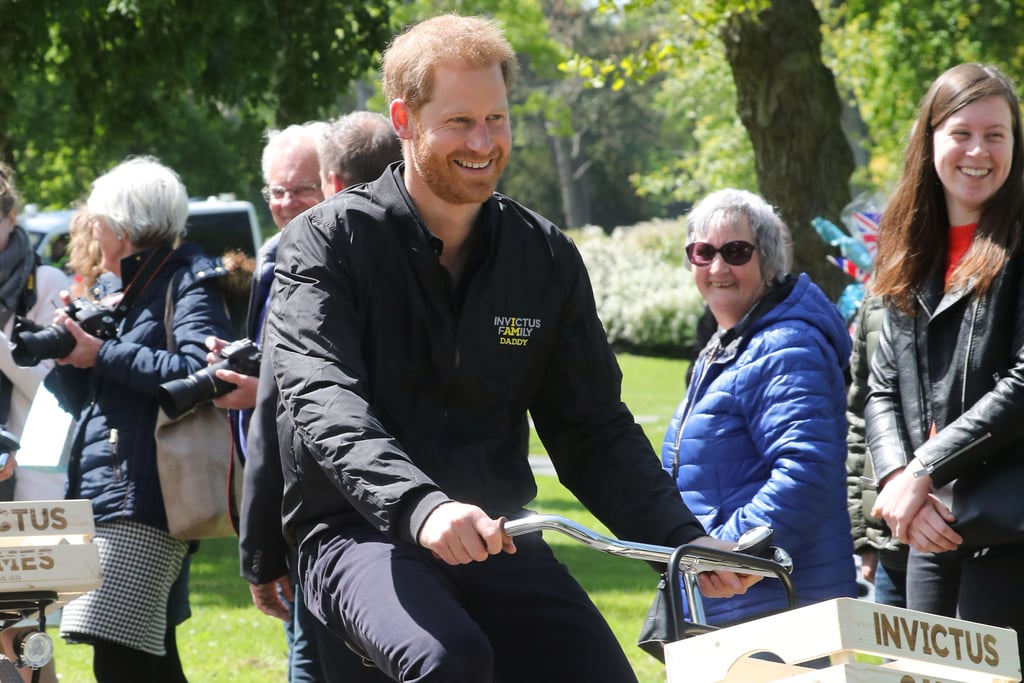 It looks like Prince Harry is embracing first-time fatherhood with open arms! Just one day after publicly introducing his new bundle of joy to the world, he jetted off to the Netherlands for the launch of the Invictus Games and chose a piece of clothing to keep baby Archie close to his heart. During his visit to The Hague, Harry was spotted riding a basket-adorned bicycle while wearing a customised Invictus Games jacket that read "I am daddy" in bright yellow embroidery.

After casually rolling through The Hague in his personalised outerwear, Harry spent some time meeting potential Invictus Games competitors, playing sports, and hanging with dogs. Oh, and he was also gifted an adorable babygro for his baby boy, prompting quite the sweet onstage reaction from him. Keep reading to see all the photos of his solo appearance and be sure to zoom in on that glorious "daddy" jacket.

Related:
Baby Archie May Not Have a Title Now, but He WILL Be a Prince One Day — Here's Why
0
previous images
-11
more images
Previous Next Start Slideshow
The RoyalsThe British RoyalsRoyal BabyPrince Harry
Around The Web