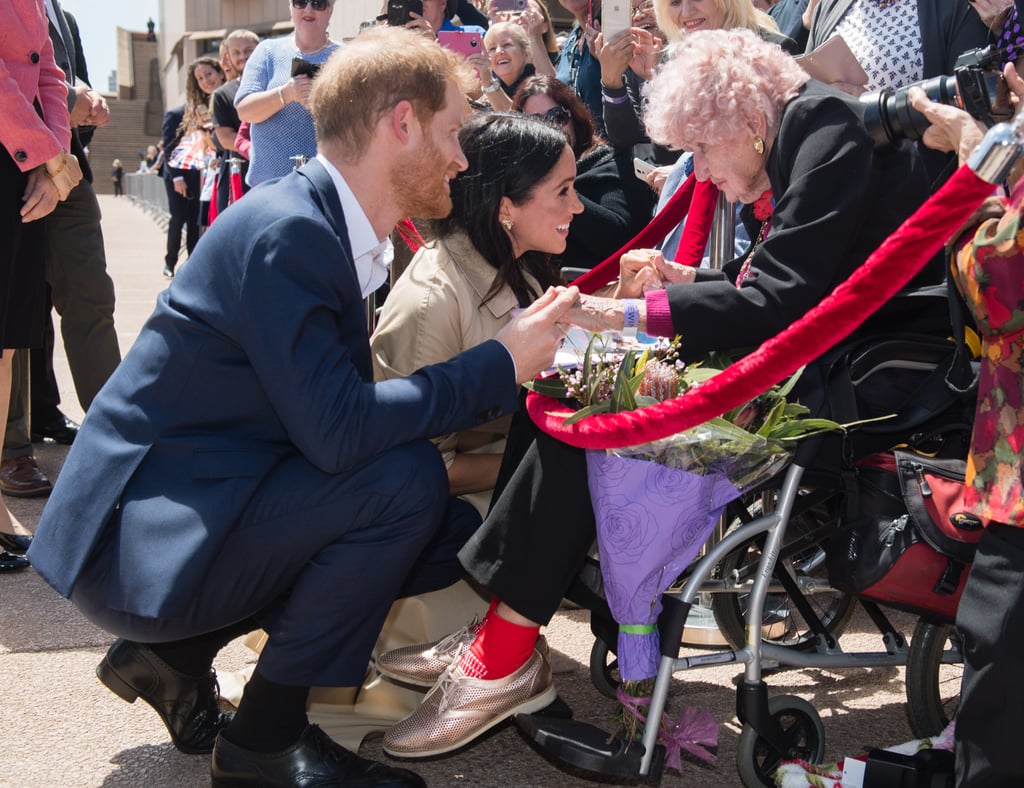 On April 2, the family of Prince Harry's "Australian grandma" Daphne Dunne shared the sad news that she has passed away aged 99. The Sydney resident died just a few days after her 99th birthday, for which she received a card from the Duke and Duchess of Sussex. Part of their sweet letter read, "We hope you have a wonderful celebration surrounded by family and friends and that you've managed to escape hospital."

Harry first met Daphne in 2015, during a military trip to Australia. They met again two years later, then most recently in October during Harry and Meghan's royal tour of Australia, New Zealand, Tonga and Fiji. This time Harry made sure to introduce his wife to his oldest fan. Meghan told Daphne "hopefully next time we see you, we'll have a little one with us", as prior to the trip, Kensington Palace had announced her pregnancy. Sadly, Daphne won't get to meet baby Sussex, but she did at least get one final message from her beloved royals before she died. As her family shared the news, they did so with a poignant message: "It is fitting that Daphne passed away on the first of April as it is a month of renewal, remembrance and reunification with her loved ones that passed before her."

Ahead, get a closer look at all of Daphne's sweet interactions with Harry, and the moment she met Meghan, who she claimed was "just what the prince needs".

by Grayson Gilcrease 22 hours ago