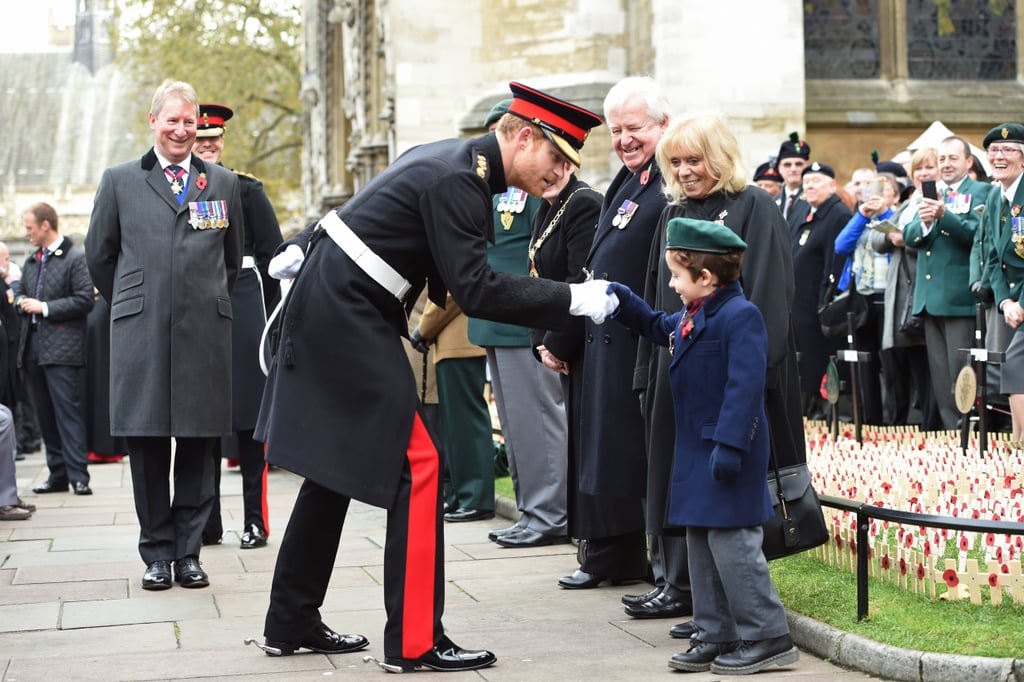 Prince Harry was all business when he stepped out in London on Thursday to visit the Field of Remembrance at Westminster Abbey with his grandfather, Prince Philip. The famous royal showed respect for members of the armed forces lost in battle as he saluted and bowed his head at the thousands of crosses. While the afternoon appeared to have a serious and somber atmosphere, Prince Harry also managed to squeeze in some fun with the public. He was spotted sharing a sweet laugh and a handshake with a young fan before flashing his handsome smile.

The outing marks the first time Harry has stepped out since he confirmed his romance with actress Meghan Markle. Kensington Palace released a statement about the couple in early November that urged the public to respect Meghan's privacy. "Prince Harry is worried about Ms. Markle's safety and is deeply disappointed that he has not been able to protect her," the statement reads. "It is not right that a few months into the relationship with him that Ms. Markle should be subjected to such a storm." Harry's incredibly chivalrous act for the Suits actress just proves how smitten he must be.