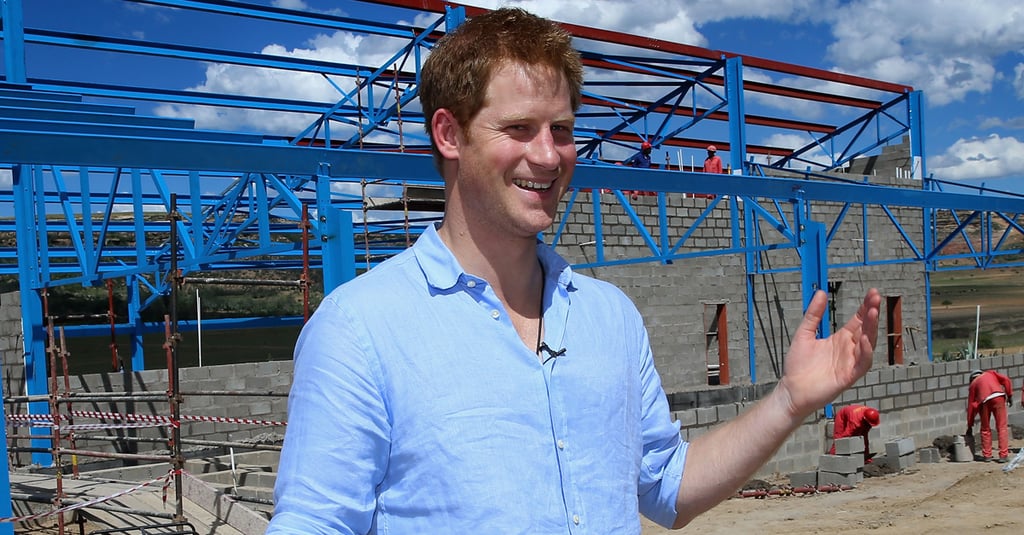 Prince Harry is currently on the last leg of his three-month stint in Africa, where he's been working on wildlife conservation. Though his trip finishesnext week, Harry has already had plenty of impact, and accounts of his recent five-day expedition to Namibia prove just that. According to People, Harry "had an extraordinary encounter with an adult male lion that needed to be electronically tagged for research purposes." The CEO of Save the Rhino Trust, Simson Uri-Khob, recounted that Harry "just jumped right in and helped" and that he also "helped with everything from fixing a tire to cooking the food to packing up." The royal clearly has no problem getting his hands dirty as Simson also shared with People that "he even helped to take a punctured tire off the vehicle and attach a new one. He jumped into everything we did. There was no special treatment at all."