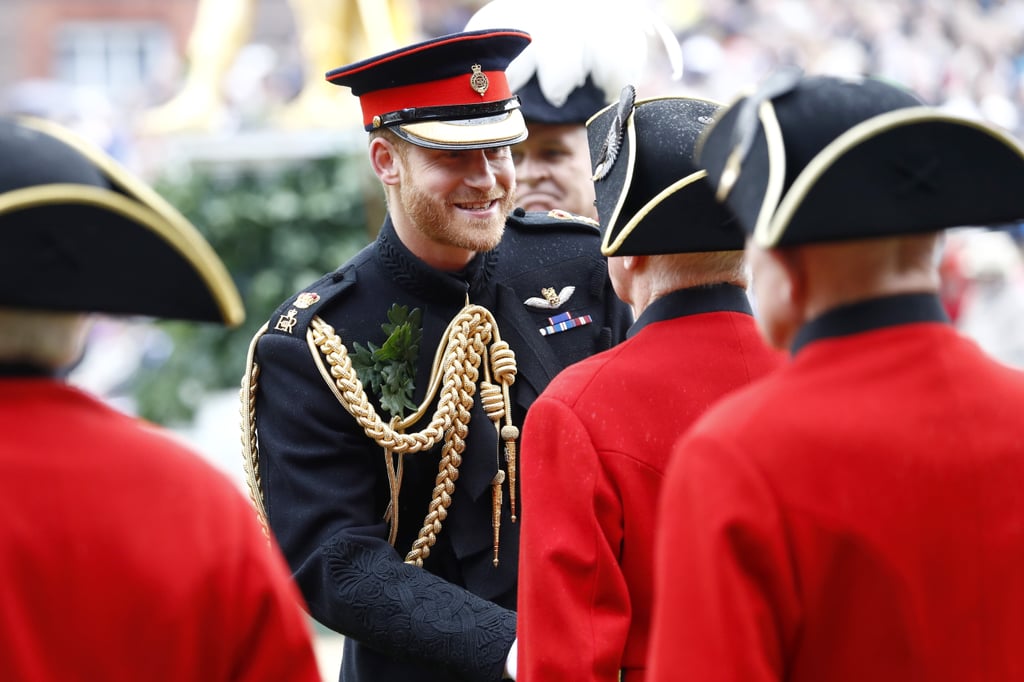 Yes, There Is a Reason Why Prince Harry's Got Half of a Tree in His Pocket

Prince Harry had a very important job on Thursday when he left his family at home to attend Founder's Day at the Royal Hospital Chelsea. The hospital (which is actually a retirement home) is famous for being home to around 300 retired British soldiers who are collectively known as the "Chelsea Pensioners." Founder's Day celebrates the establishment of the hospital in 1692, and every year, a member of the British royal family attends to act as reviewing officer during a parade by the residents. Harry, as a former army officer himself, was the perfect choice for the honour, which also involved giving a short speech.

Harry wore full uniform for the occasion (much like on his wedding day in 2018), but you probably noticed a couple of extras in the form of gold aiguillettes and a very prominent bunch of oak leaves. The leaves pay tribute to King Charles II, the founder of the hospital, who was said to have hidden in an oak tree while on the run from parliamentary forces following the Battle of Worcester. To mark Founder's Day, a golden statue of the former monarch is adorned with oak leaves, and all of the Chelsea Pensioners wear the leaves on their famous red coat. Harry is a descendant of Charles II through his mother, Princess Diana, so it was only fitting that he joined in. The prince looked right at home as he greeted the former officers and got to know them a little better.