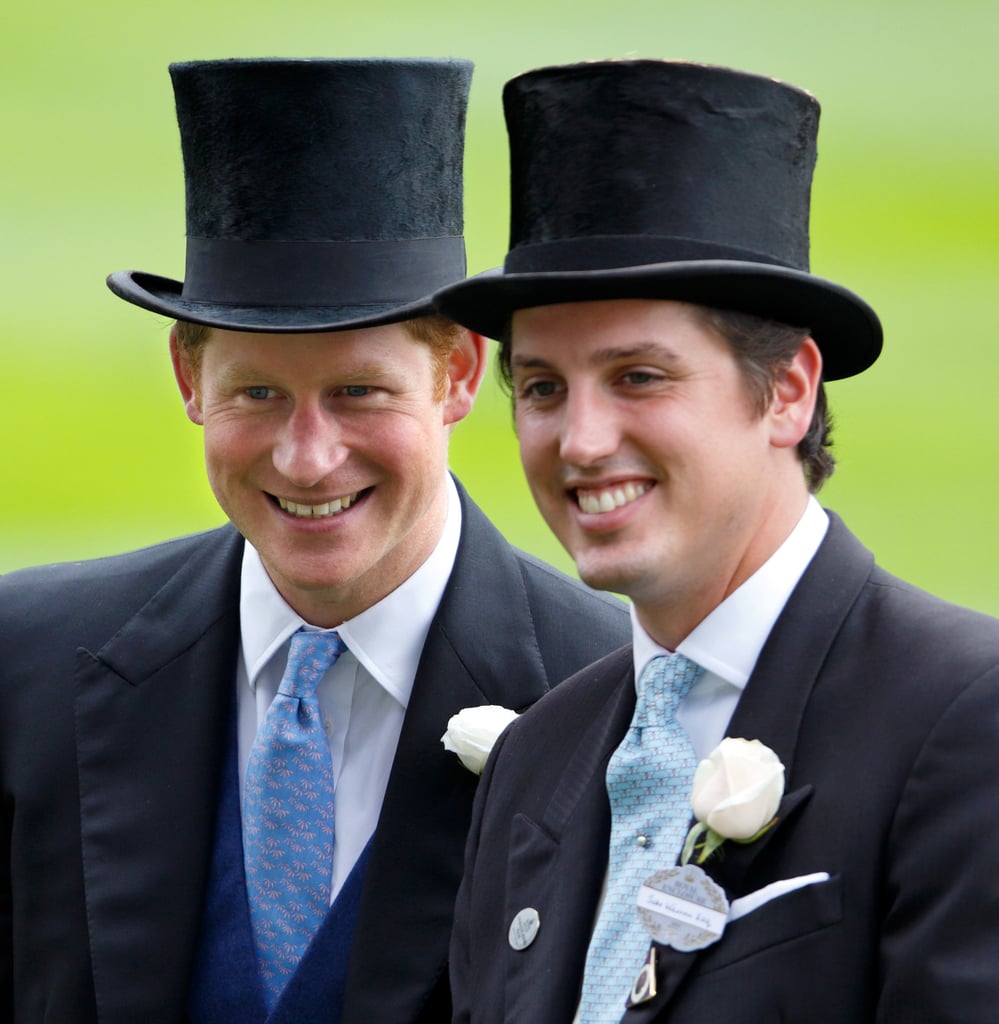 Prince Harry is currently dating Meghan Markle, and even though she's already been introduced to Prince William and the Duchess of Cambridge, it's still unclear if she's met all of Harry's friends yet. Back in March, Harry further proved that things are getting serious between the two when he brought the Suits actress as his date to his best friend Tom "Skippy" Inskip's wedding in Montego Bay, Jamaica. In fact, she will also be accompanying the prince to Pippa Middleton's wedding to financier James Matthews in May. While Meghan may have already met Harry's former "wingman," there are a few other people in his inner circle she might still need to impress.