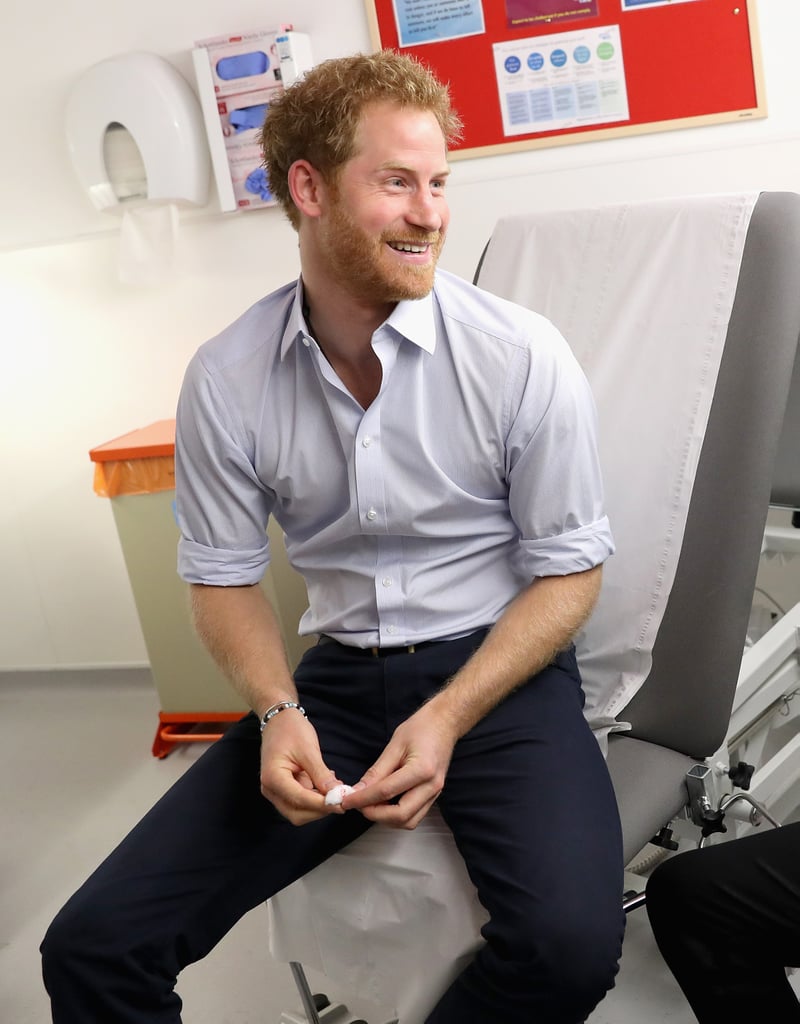 On Thursday, Prince Harry visited a local HIV clinic in London, just one week after he took a stance against HIV stigmas when visiting a hospital. "You owe it to yourselves, you owe it to them to just get tested," he said. "And I say just get tested." This week, to give further power to his words, the prince agreed to get tested live on Facebook, and the royal family shared the whole experience in a video on social media. Harry admitted to being "nervous" during the event but also said, "If you're a man, woman, gay, straight, black, white, whatever — even ginger — why wouldn't you come and have a test?" The philanthropic gesture, which ended with a negative result, is just the latest in Prince Harry's busy year, which recently included a cute choir day with Joss Stone and a proposal from an adoring little girl.