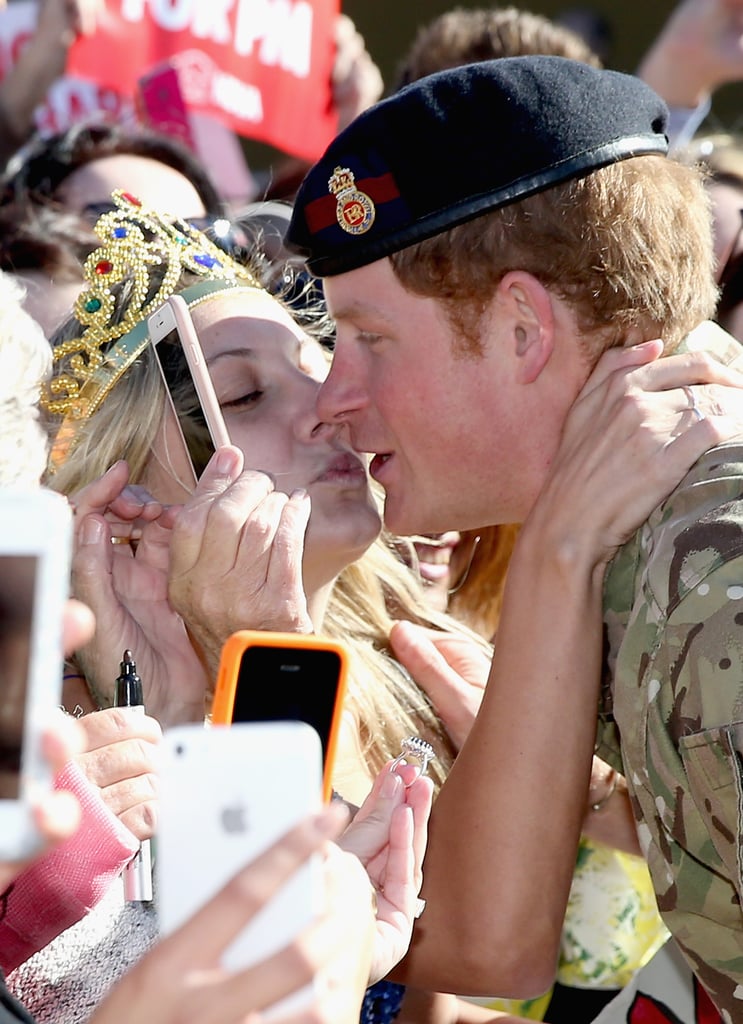 Prince Harry was bombarded with female affection on Thursday when he made an appearance at the Opera House in Sydney, Australia, during the first of two farewell engagements completing his monthlong service with the Australian Defence Force. Harry was embraced by a blond admirer who went in for a kiss on the lips after asking the famous redhead for a peck. Victoria McRae, who sported a plastic tiara for the occasion, revealed that she had initially asked Harry to marry her, but when he politely said he needed to "think about it," she asked for a kiss instead. When Harry leaned in to offer Victoria his cheek, she boldly went for the real thing. "The rest is history," she told Sky News via the Sydney Morning Herald. "I'm very happy."

Besides Victoria's cheeky gesture, Harry seemed to completely charm the crowd as he greeted people individually. The new uncle, who has yet to meet Princess Charlotte, told reporters at the event, "I thought we were going to turn up and there would be 10 people there, so it's a wonderful opportunity for me to say, 'Thank you,' to them. They have made me feel so at home here. It's going to be hard to leave — I don't want to go home. I want to stay here." Keep reading to see more of Harry's sweet encounters, then check out the cutest pictures of Princess Charlotte — so far!