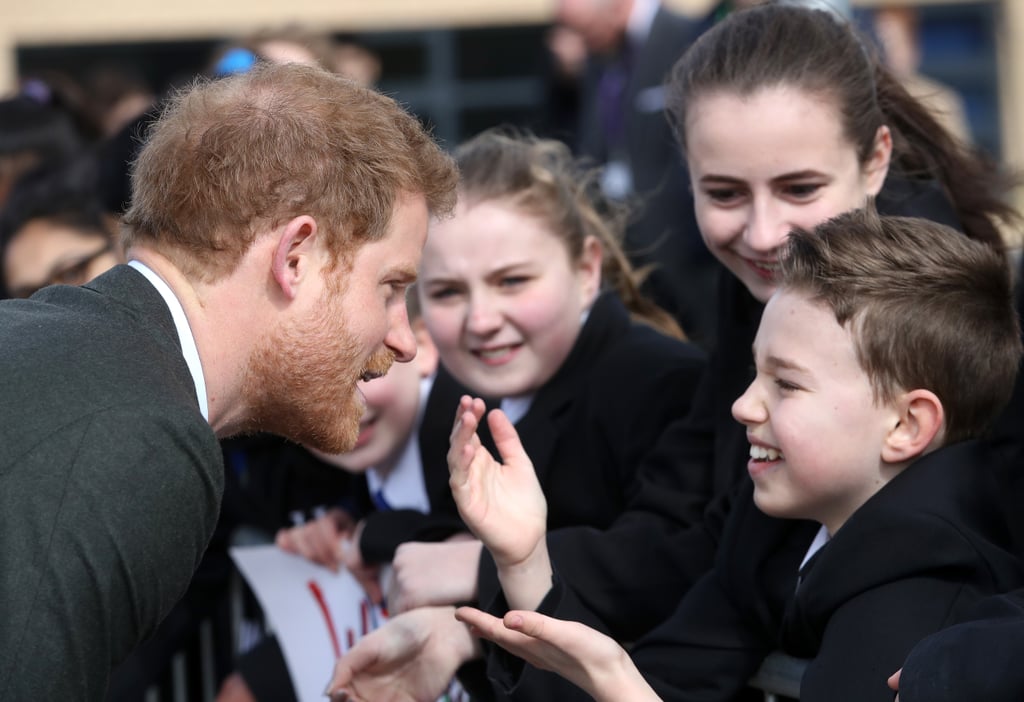 Prince Harry has amassed quite a fan club over the years, and when you take into account how easy he is on the eyes and his, um, impressive physique, it's not hard to see why. Of all the charitable royal's many admirers, few have been as excited to see him than the students of Hamilton College in Leicester. Harry was more than happy to stop and chat with the teenagers on his way out of their school on Tuesday, shaking hands and goofing off the whole time. A few girls even brought a big "We Love You Prince Harry" sign with them, forever cementing them as our personal heroes. It looks like Harry's girlfriend, activist and actress Meghan Markle, might have some competition on her hands, huh?

Meeting his adorable young fans aside, it's been a busy few weeks for Prince Harry. While decades-old rumours about the truth of his paternity were dredged up due to a new interview with Princess Diana's old flame, James Hewitt, Harry kept his head down and continued working on the causes closest to his heart. A trip to Epping Forest and his appearance at a special ceremony at the Embassy of Nepal are just the start of many more exciting, philanthropic engagements he and the rest of the royal family have on their schedule for 2017.