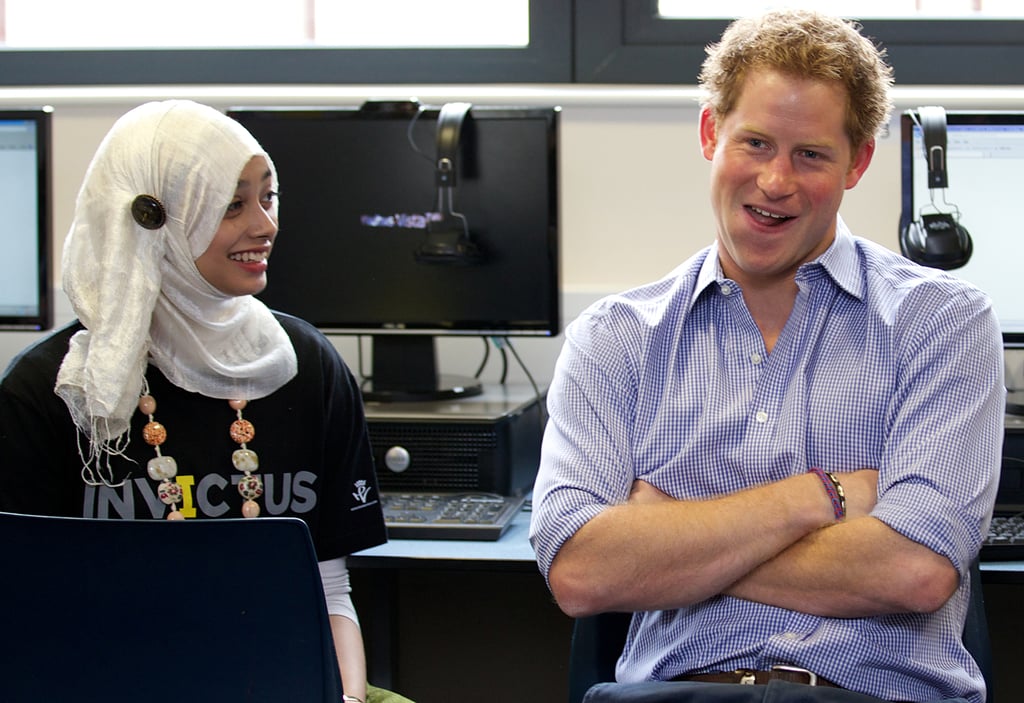 During a visit to Bethnal Green Academy on Monday, Prince Harry opened up about why he isn't such a big fan of social media. He met with 60 students from local schools who were taught how to tweet and post on Facebook to share information about the Invictus Games, Prince Harry's international Paralympic-style event coming up this Fall. In a short question-and-answer session, he addressed issues of social media and privacy, saying, "I would love to tweet about things I care about but it's a fine line between what you should do and what you can do, and what other people want to know and what you don't want them to know." Prince Harry also talked about the pros and cons of social media, saying, "The issue for myself and my family, put quite simply, is that it's very hard for me to tweet about the Invictus Games and tweet about something that means a lot to me, whereas I at the same time really quite hate Twitter by the invasion of privacy. I think you all understand what I'm talking about."

Prince Harry also talked about how much the Invictus Games meant to him. He told the students, "For me, this is an opportunity for the British public to say thank you to these people from across the world for their service." The Invictus Games will take place at the Olympic Park in London from Sept. 10-14, with around 600 military veterans from 14 countries competing.