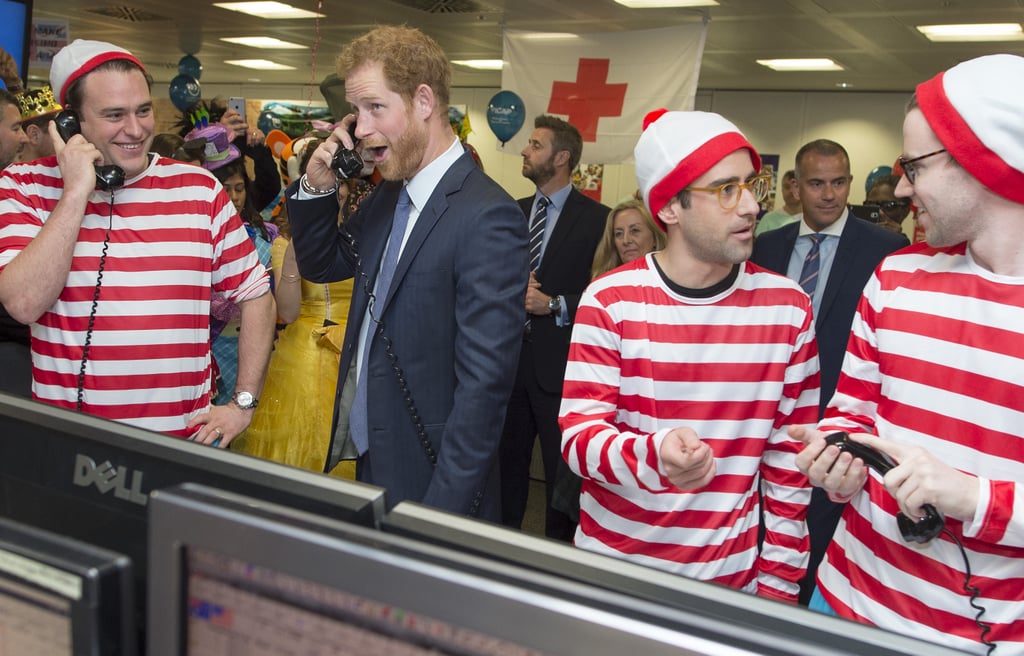 After making a pit stop in Canada to visit his girlfriend, Meghan Markle, on his way home from the Caribbean earlier this week, Prince Harry headed back to London to attend the ICAP Charity Trading Day on Wednesday. The event, which the employees wear costumes for, sees the global brokerage firm donate a day's revenue and commissions to charity. The famous royal looked extremely handsome in a dark blue suit and tie as he participated in an array of activities, including playing a game of operation and answering telephones with men dressed as Wally from Where's Wally? But the best part of the day was definitely Harry's hilarious facial expressions.

The fun outing comes just on the heels of Harry's 14-day tour of the Caribbean. Aside from making us melt with his numerous play dates with kids, he also made worlds collide when he met pop princess Rihanna in Barbados. Hopefully there will be even more sweet appearances from the prince as the royal family starts planning for the festive period.