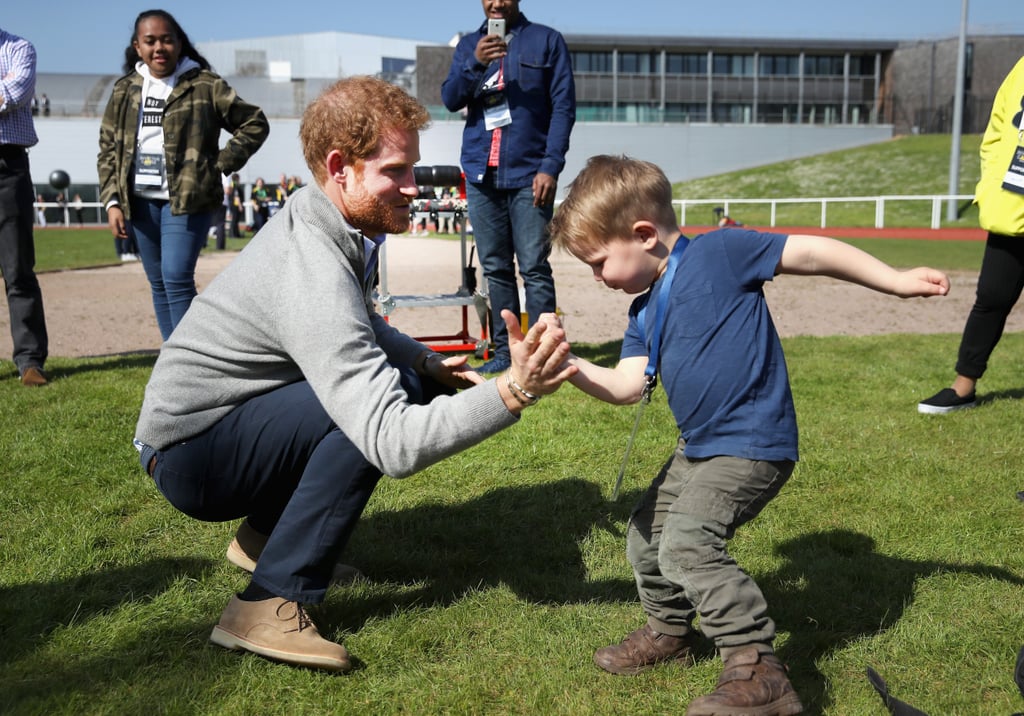 Whenever Prince Harry is around little kids, he basically turns into a giant teddy bear, which is exactly what happened when the 32-year-old royal attended the UK team trials for the Invictus Games on Friday. In between supporting the event's incredible athletes at the University of Bath, Harry looked absolutely delighted while chatting and high-fiving 2-year-old Harry Phillips. Later on he shared a conversation with competitor Jon Flint and his dog, Jester, whom Harry couldn't resist giving a few cuddles.

Harry, a patron of the Invictus Games, has been extremely involved ever since coming up with the idea for the competition after seeing the Warrior Games in Colorado. Last year, he kicked off the Invictus Games in Orlando, FL, with the help of Michelle Obama, bringing tons of special attention to the event, which is the only international sport competition for wounded, injured, and sick servicemen and women. Harry has had a number of incredibly meaningful interactions with the athletes since its inception, and his dedication will hopefully keep the Invictus Games alive for years to come.

Related:
These Schoolchildren Can Barely Contain Themselves During a Visit From Prince Harry
Previous Next Start Slideshow
The RoyalsThe British RoyalsPrince Harry