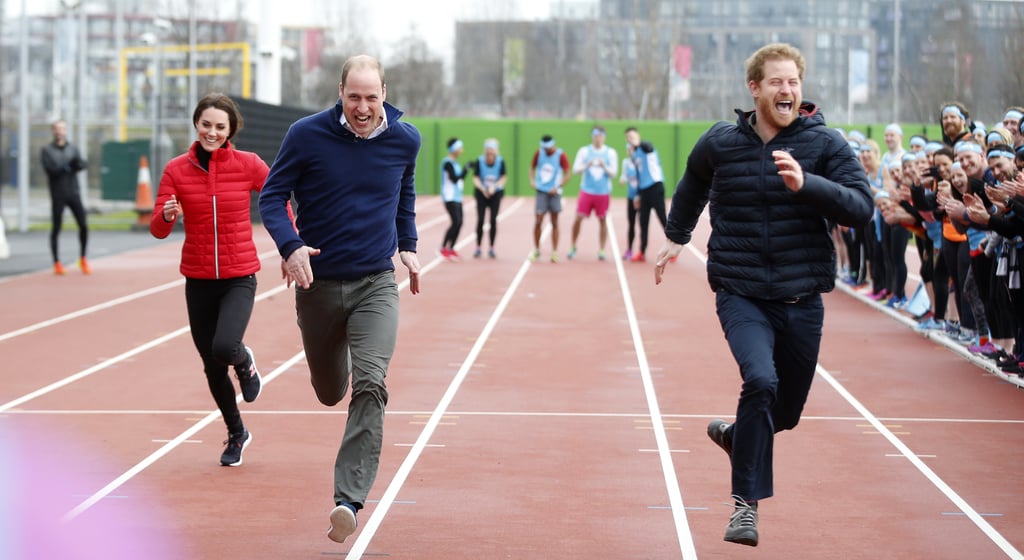 Prince William, Prince Harry, and Kate hit the field at Queen Elizabeth Olympic Park in London on Sunday in support of their mental health initiative, the Heads Together foundation. The trio joined 150 volunteers, who are gearing up for the 2017 London Marathon, in running the first leg of a five-person relay at the London Marathon Community Track. Before the race, William grabbed the back of his thigh and joked, "Oh, my hamstring." Harry ended up winning the race, with William coming in second and Kate placing third. "You nearly beat me!" William jokingly told his sporty wife at the finish line.

Following the race, the royals stopped by the Copper Box Arena, where they talked to team members about their preparations for the marathon and explained how all 38,000 runners can help turn the event into the "mental health marathon." The London Marathon will take place on April 23, and if it's anything like last year's, we're in for a real treat.