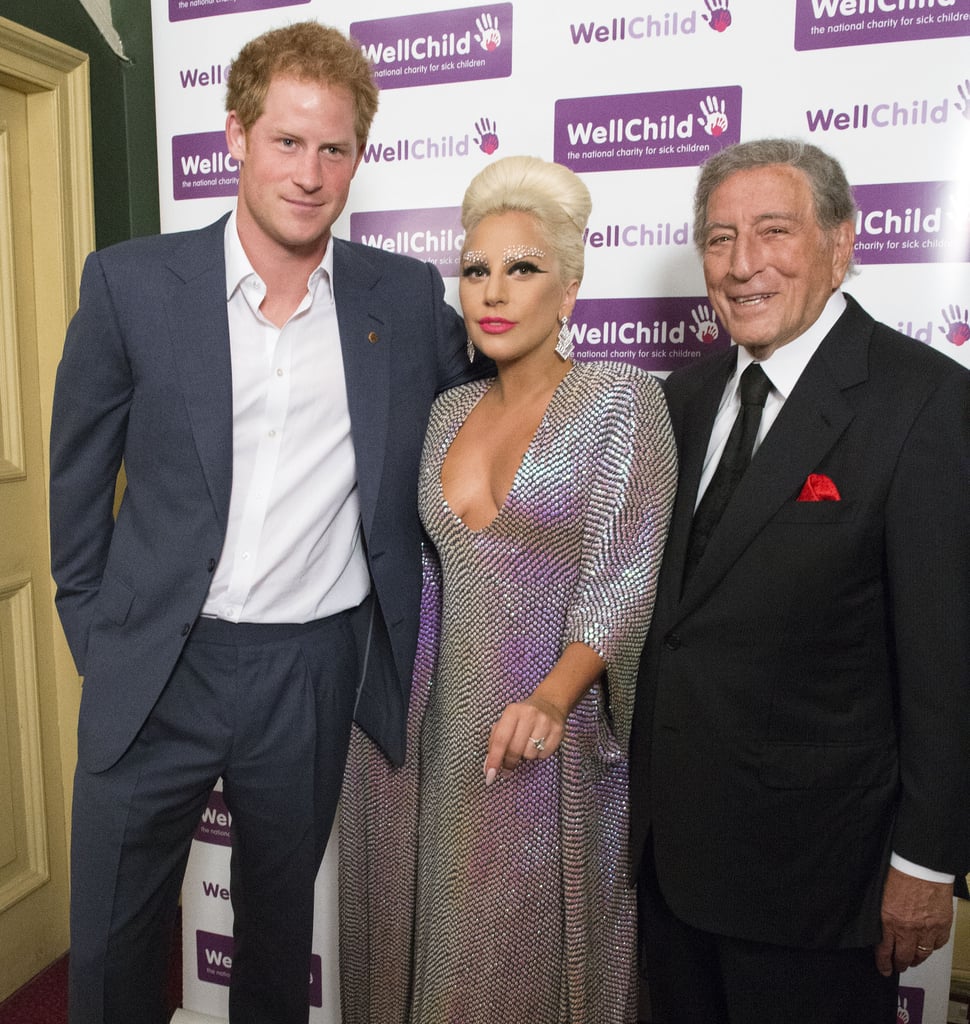 Prince Harry arrived in style for the WellChild charity gala at the Royal Albert Hall in London on Tuesday. He looked sharp in a blue suit while waving to fans and photographers and posed for photos on the red carpet with none other than Lady Gaga and Tony Bennett, who performed during the event. The trio chatted it up before making their way inside, and Lady Gaga showed off her huge diamond engagement ring from fiancé Taylor Kinney. Prince Harry has been a patron of WellChild since 2007 — the charity aims to support children with serious illnesses and their families, and since signing on, Harry has met with numerous nurses, volunteers, and the children themselves.

Harry and his family have been in the news quite a bit lately, what with his recent royal trips to Australia and New Zealand, and the birth of his niece, Princess Charlotte, in May (just last weekend, Charlotte's adorable first official portraits were released). Most recently, Harry made headlines when he reportedly cozied up to Jenna Coleman during a night out in London after the Audi Polo game; he was photographed resting his hand on a woman's knee, and the woman bore a resemblance to Jenna, who is known for her role on BBC's Doctor Who. Keep reading to see Harry's evening with Lady Gaga, and check out more celebrities who met the royal family members over the years.

The Royals
Meghan Markle Reflects on the Highs and Lows of 2020: "We Found New Ways to Be Close"
by Monica Sisavat 16 hours ago