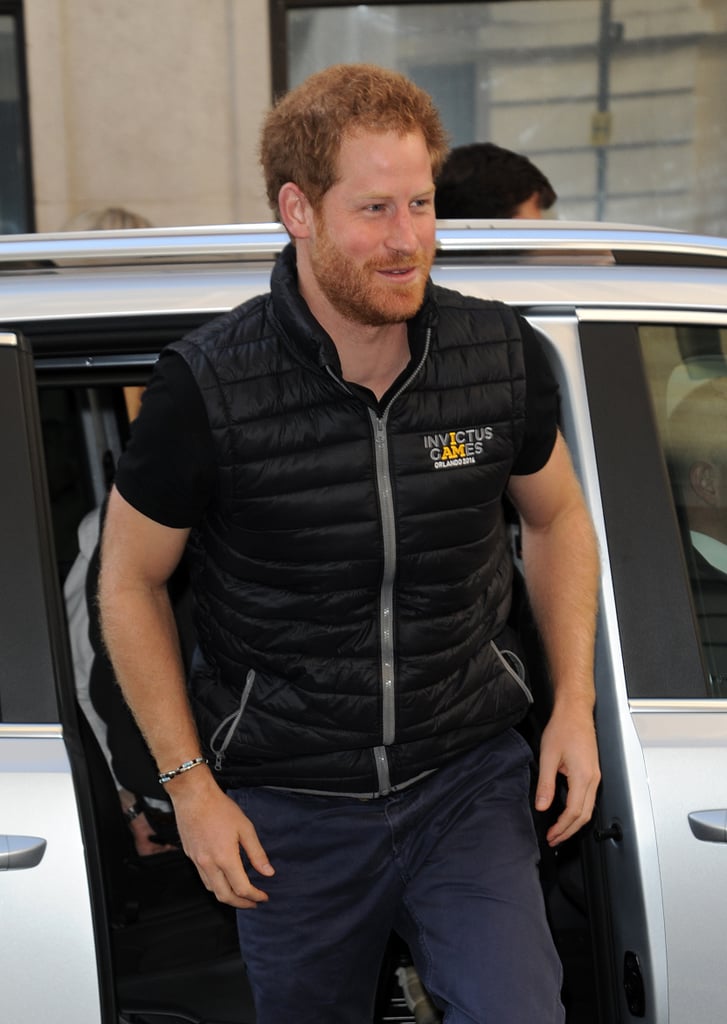 Prince Harry Shows Off His Biceps in a Tight Shirt, Makes Us Thank the Heavens Above

Is it just us, or does Prince Harry get more attractive every time we see him? The famous royal was spotted giving the cameras a sweet grin while out and about in London on Wednesday. Not only did he look incredibly handsome in his dark trousers and vest, but his tight black t-shirt also showcased his biceps. The outing comes on the heels of his surprise appearance on Sky Sports' Game Changers show on Tuesday, where a bold 9-year-old asked him if he would ever be king. His adorable response? "That's the question everybody wanted, let's be honest! You'll be glad to know, probably not!" Keep scrolling for more pictures from his latest outing, and then check out 29 facts about Harry that will make you love him even more.