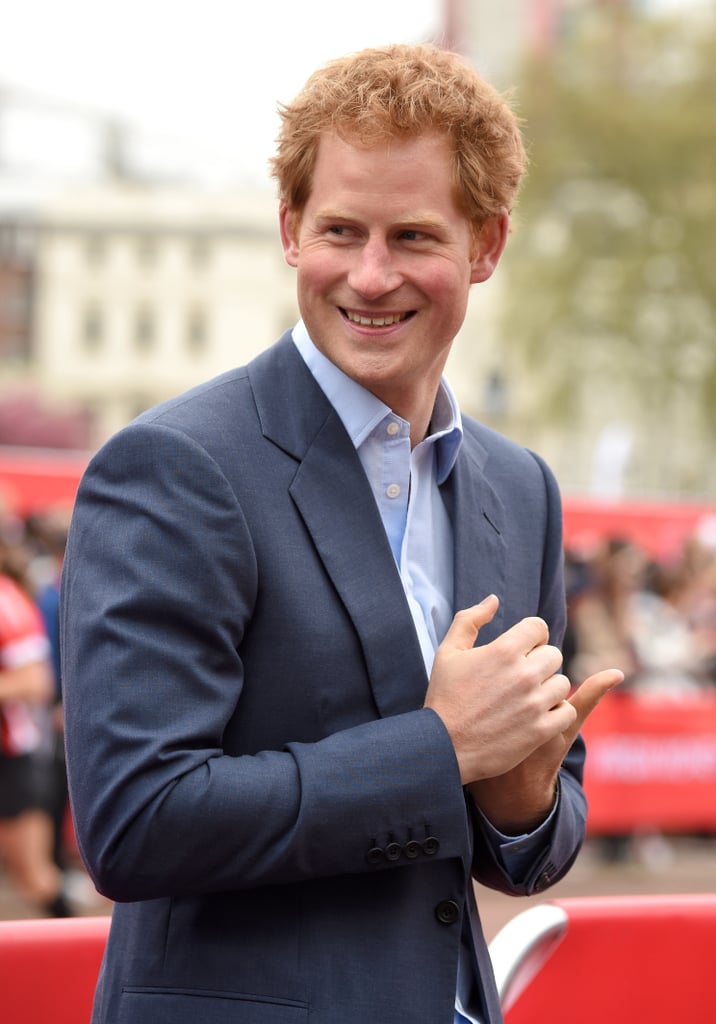 With the world on royal-baby watch over the weekend, Prince Harry attended the London Marathon on Sunday. He posed for pictures with race winners and presented the lifetime achievement award to three-time winner Paula Radcliffe, later chatting with volunteers at the finish line. Prince Harry's London stop came during a busy time for the royal, who made a short trip to Turkey with his father, Prince Charles, before heading to England. While he was in town, he reportedly visited Prince William and Kate Middleton at Kensington Palace, and on Monday, he returned to Australia to continue with army training. Keep reading to see the best pictures of Prince Harry's London outing, then check out photos from Kate and Prince George's cute day at the petting zoo!