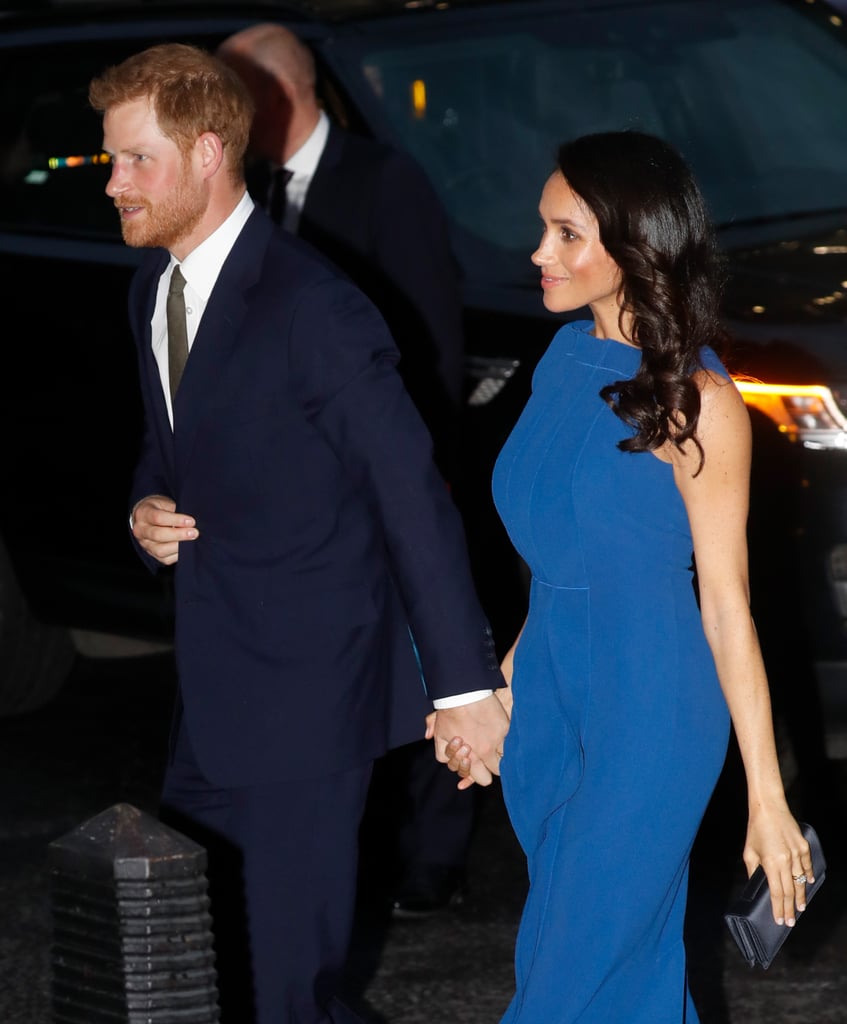 Hot on the heels of their appearance at the WellChild Awards on Tuesday, Prince Harry and Meghan Markle stepped out once again in London for a special gala concert at Westminster Central Hall. The 100 Days to Peace concert celebrated the centenary of WWI, and raised funds for Help for Heroes, Combat Stress and Heads Together – a charity founded by Prince Harry and the Duke and Duchess of Cambridge. Meghan stunned in a blue dress and Harry colour-coordinated his sharp suit with his wife's outfit. After greeting Royal Armouries Chair of Trustees, General The Lord Dannatt, they stepped inside to enjoy a night of memorable performances, including the highlight, a performance of "The Armed Man: A Mass for Peace" by the Royal Choral Society and the Philharmonia Orchestra, conducted by Sir Karl Jenkins, the creator of the acclaimed work. See photos of their big royal night ahead.

The Royals
Princess Eugenie Shares a Sweet Tribute to Her Grandpa, Prince Philip
by Tori Crowther 22 hours ago