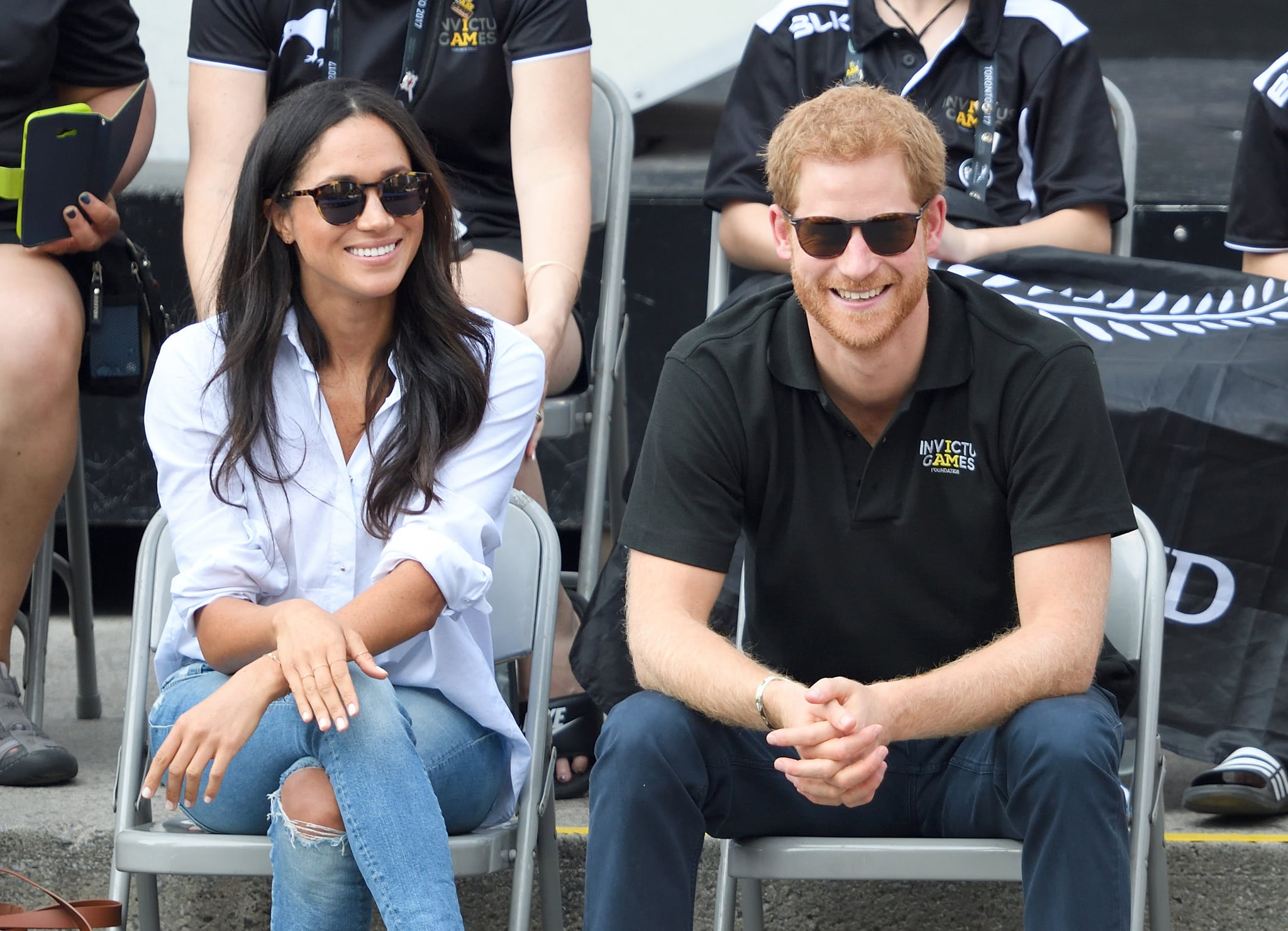 Prince Harry and Meghan Markle hit a major milestone in their yearlong relationship when they made their first public appearances together at the Invictus Games last month. The royal lovebirds didn't shy away from showing sweet PDA, adding more fuel to the engagement rumours that have been following them since Harry took Meghan on a romantic birthday getaway to Botswana and introduced her to his grandmother, Queen Elizabeth II.

According to Us Weekly, an engagement may have "already happened." A friend close to the couple reportedly told the publication that Meghan and Harry are "holding the news back until she has finished on Suits," adding, "I've never seen them happier. It's amazing." It was revealed earlier this year that Meghan may not be returning to the USA show after the current seventh season, which wraps up in early 2018. "No one gets the impression she's staying on the show much longer," a source said. "They believe she's going to marry Harry."

Related:
The 1 Major Way Meghan Markle's Life Will Change When She Becomes a Princess

We haven't yet seen a ring on Meghan's finger, but even if Harry has already asked the queen for permission to propose and popped the question, it's unlikely that the two will tie the knot before Summer 2018. Prince William, Harry's brother, and sister-in-law Kate are expecting their third child in the Spring, so the royal family may need a breather after the exciting arrival before wedding plans can commence.

Celebrity Couples
Kourtney Kardashian​​ and Travis Barker Aren't Engaged, but They're Already Talking About It
by Kelsie Gibson 17 hours ago