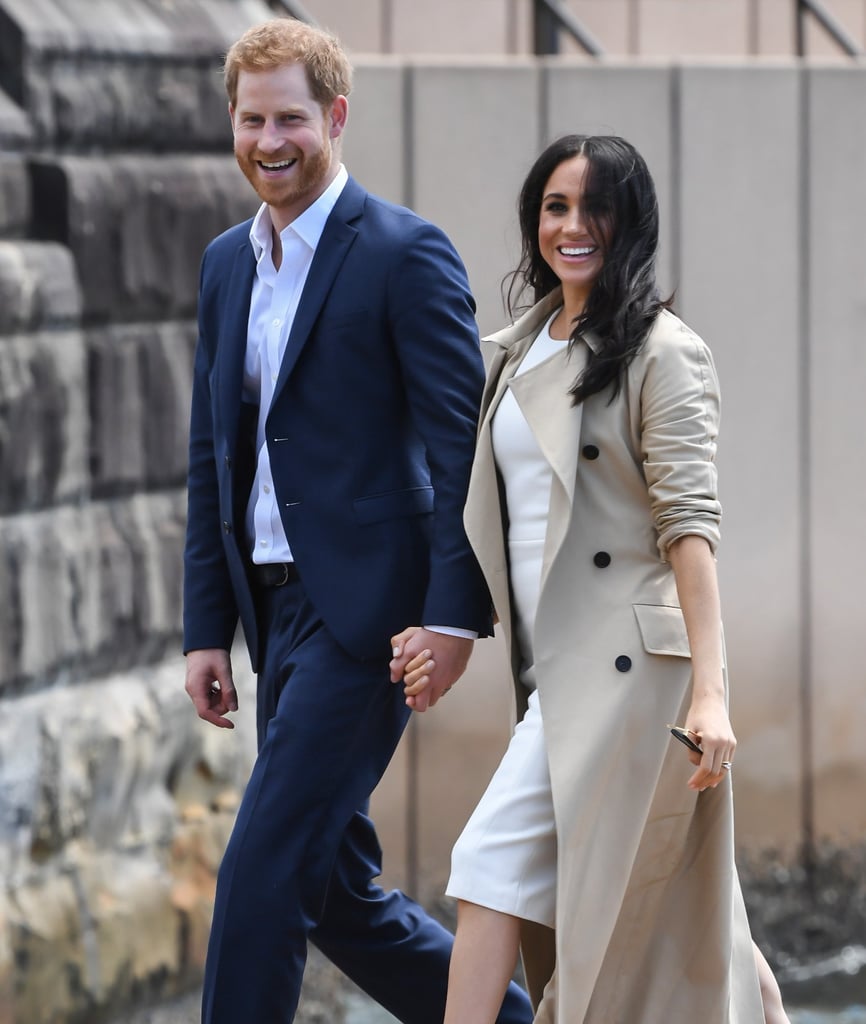 Prince Harry and Meghan Markle are living it up in Australia! The pair officially kicked off their first royal tour as a married couple on Tuesday, and it has resulted in some hilariously adorable moments. From a little boy pulling Harry's beard to Meghan laughing off a small scare, Meghan and Harry seem to be really enjoying themselves Down Under. In fact, the couple appears to be having such a blast that Harry even broke out into a small dance during a stop in Melbourne. Luckily for us, Harry and Meghan still have several more days left on their tour, so get ready for even more sweet interactions.

Related:
10 Moments From Harry and Meghan's Tour That Show They're Going to Make the Best Parents
Previous Next Start Slideshow
The RoyalsMeghan MarkleThe British RoyalsHumorPrince Harry
Around The Web