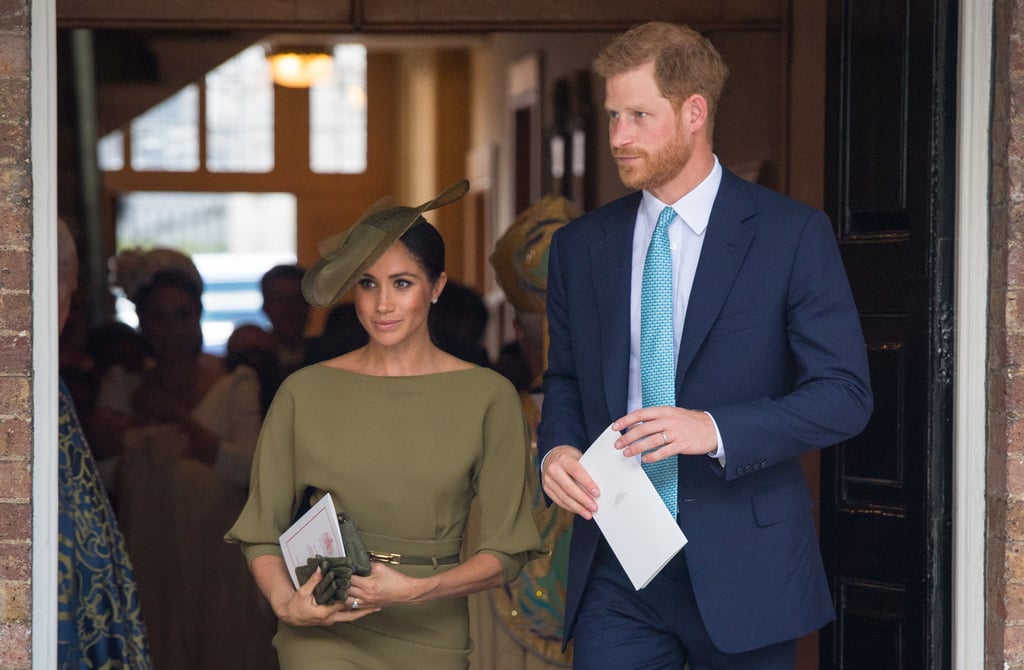 Royal fans really didn't know where to look at Prince Louis's christening on Monday. Not only did we get another rare glimpse of the newest member of the Duke and Duchess of Cambridge's family, but Prince George and Princess Charlotte were in fine form, as ever. And as if that wasn't enough, Prince Harry and Meghan Markle were also in attendance for the big royal event. The royal couple, who've now been married for almost two months, were part of a small number of royals who attended the private service at the Chapel Royal in the grounds of St. James's Palace.

This marks the beginning of a busy week for the Duke and Duchess of Sussex. On Wednesday they'll travel to Ireland for a short tour centred around Dublin, including trips to Croke Park, Trinity College, and the Irish Emigration Museum, as well as meetings with President of Ireland Michael Higgins and Taoiseach Leo Varadkar. We're looking forward to following them on their first big trip as a married couple, but until then, see them catching up with family and getting close to their niece and nephews on Louis's big day.