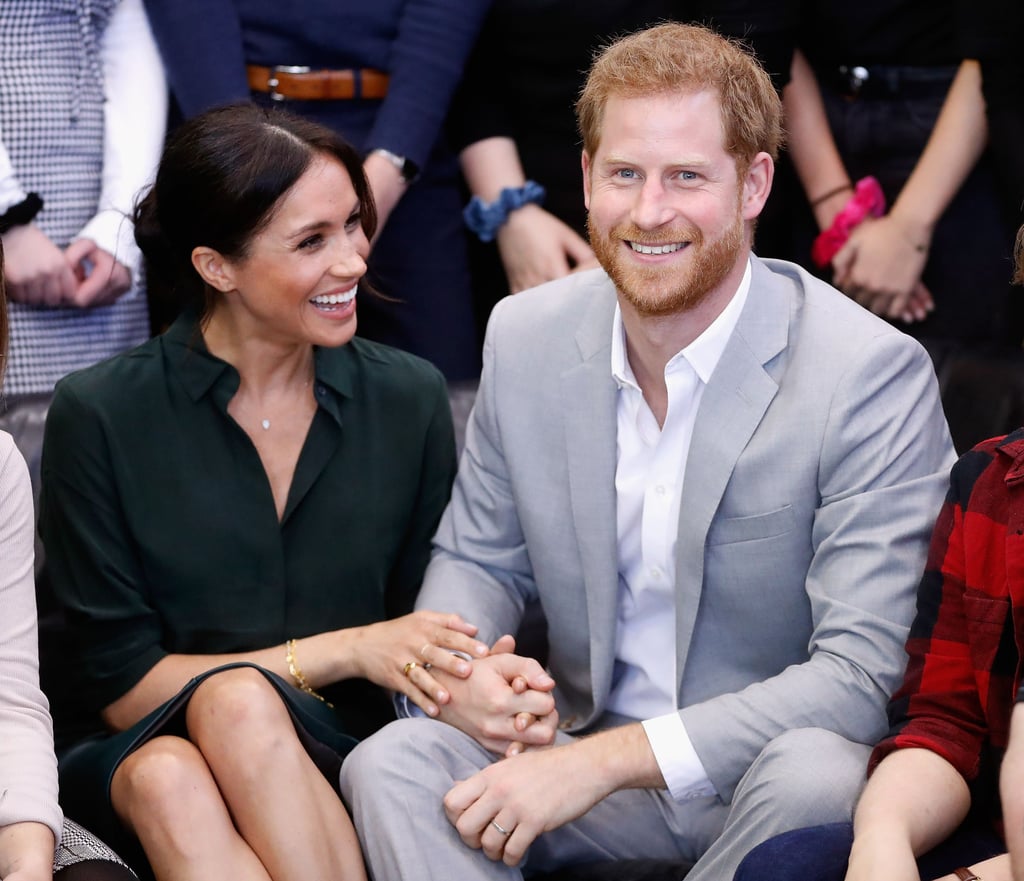 Prince Harry and Meghan Markle announced they were expecting their first child on Oct. 15, immediately causing mass excitement. While rumours had been circulating for quite some time — Meghan's outfit at Princess Eugenie's wedding didn't help — Kensington Palace officially broke the news on Monday morning, just a day after the Duke and Duchess of Sussex arrived in Australia for the start of their 16-day tour.

As we patiently wait for the arrival of Prince George, Princess Charlotte, and Prince Louis's new little cousin (who will be here sooner than you might think), we decided to look back on all the sweet times Meghan and Harry have spoken about having children. From throwing it back to 2015, when Prince Harry explained that his "time will come," to the couple answering pressing fan questions about family size, here are all the sweet times the duke and duchess have spoken about having a family.