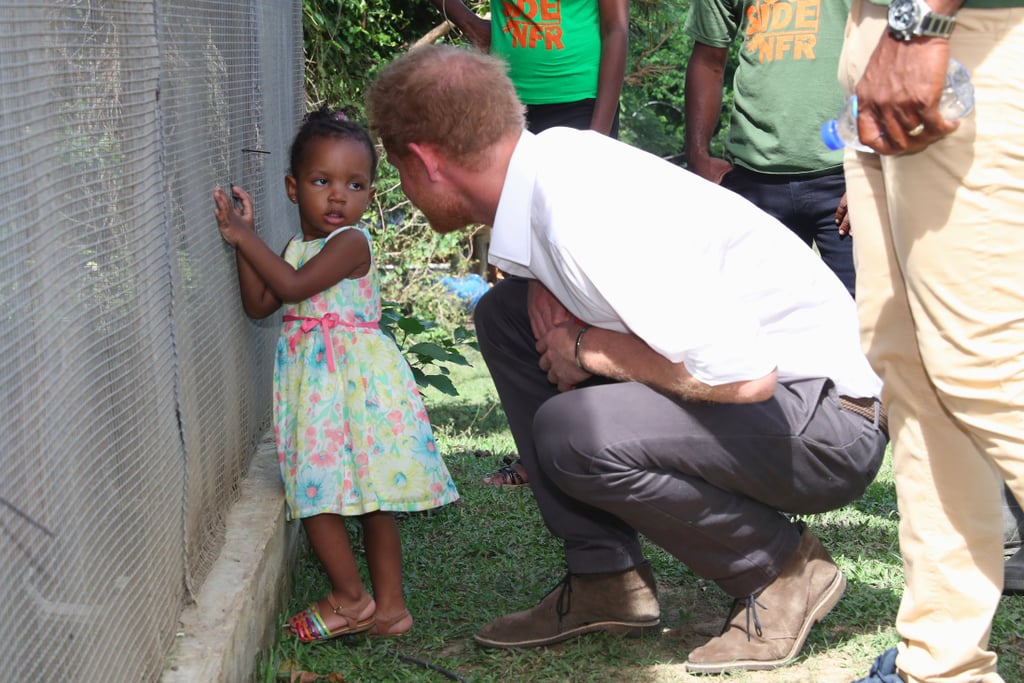 Rihanna Better Work, Because Prince Harry Just Made Another Adorable Friend in Barbados

Prince Harry has been having a great time during his 14-day tour of the Caribbean. In addition to releasing baby turtles into the sea, playing cricket with kids, and casually meeting Rihanna, he's also proved his dedication to good causes and the hard-working people behind them. On Thursday, the handsome prince stopped by the Nature Fun Ranch, a place that encourages young people to speak freely with one another about important topics. Harry, who had gotten an HIV test earlier in the day (and was made fun of by Rihanna for his fear of needles), happily chatted with volunteers at the ranch. Not only did he look incredibly pleased with their gift of a t-shirt with his name on it (you know, just in case anyone forgets who he is), but he also had an adorable conversation with a little girl. While she didn't look too impressed, we're sure she was just getting used to the idea of being around royalty.