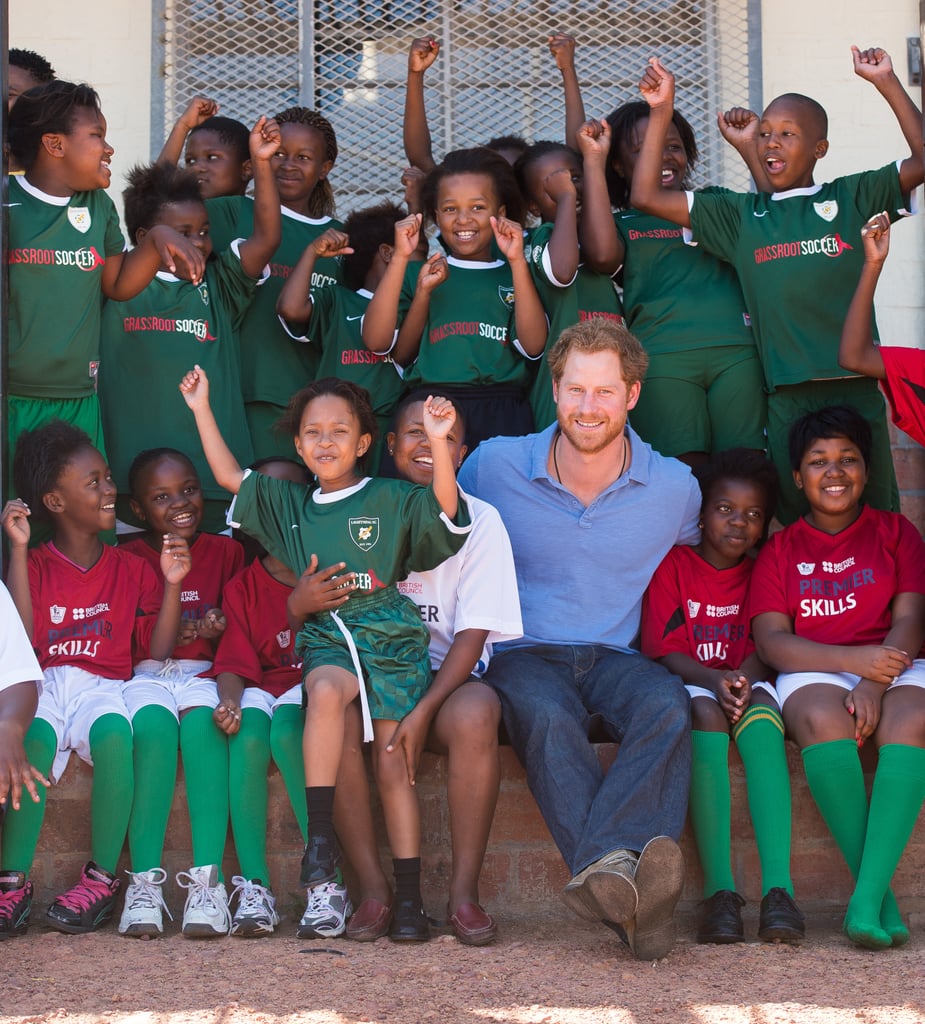 Prince Harry's tour of Africa has been jam-packed with royal activities so far, and it looks like he's having an absolute blast. After doing work with his charity Sentebale in Lesotho and playing in the Royal Salute Polo Cup, Harry made appearances all over Cape Town on Monday, resulting in some seriously cute photos. After channelling his inner David Beckham while kicking a football around with a group of children at the Football For Hope Centre in Khayelitsha, he stopped by the Ottery Youth Centre, a rehabilitation facility for children linked to gang-related crimes.

Princess Charlotte's uncle also presented Archbishop Emeritus Desmond Tutu with the Order of the Companion of Honour at The Desmond and Leah Tutu Legacy Foundation, flashing a huge smile while engaging with the Nobel Peace Prize winner. Read on to see more photos from Harry's trip, and keep an eye out for the rest of his journey through Durban, Kruger National Park, and Johannesburg.