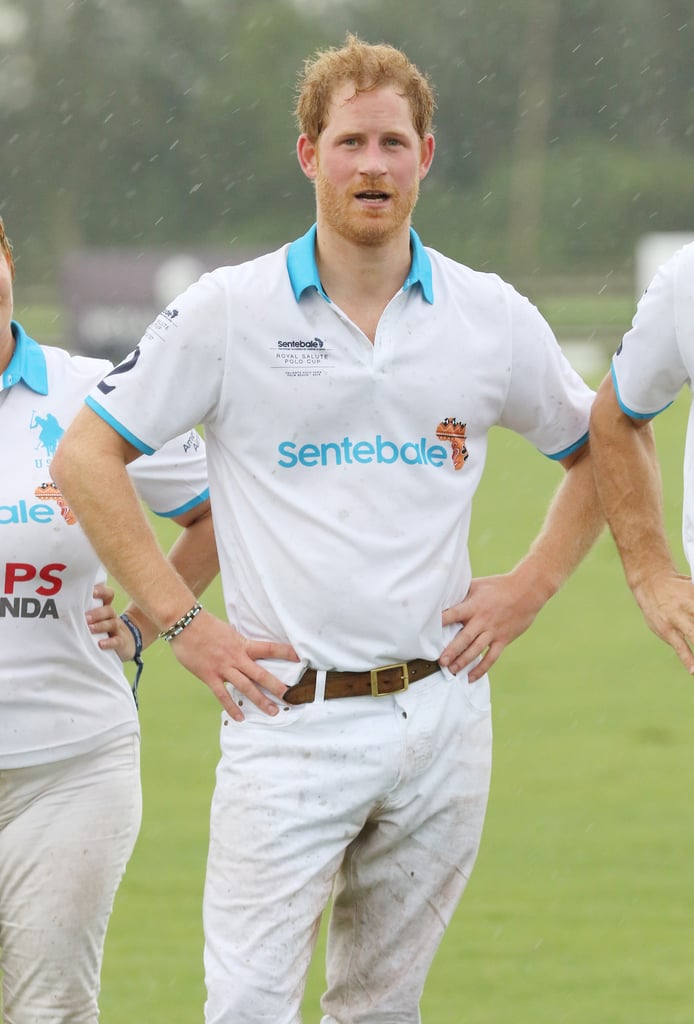 If Prince Harry is on a mission to make us swoon harder and harder every time we see him, he's doing a fantastic job. While in Orlando, Florida, for his upcoming Invictus Games, Harry made time to head down to the city of Wellington to play in the Sentebale Royal Salute Polo Cup on Wednesday. Harry has played in quite a few matches since starting the Sentebale charity, which helps raise money for children affected by the HIV/AIDS epidemic in South Africa, in memory of his late mother, Princess Diana, and it looks like his latest match was just as successful as the others. He happily posed with his teammates and their trophy, and not even the rain could stop his trademark grin. See more photos from Harry's wet afternoon ahead, and check out the endearing things he recently said about Prince George and Princess Charlotte as well as how American kids react to him!