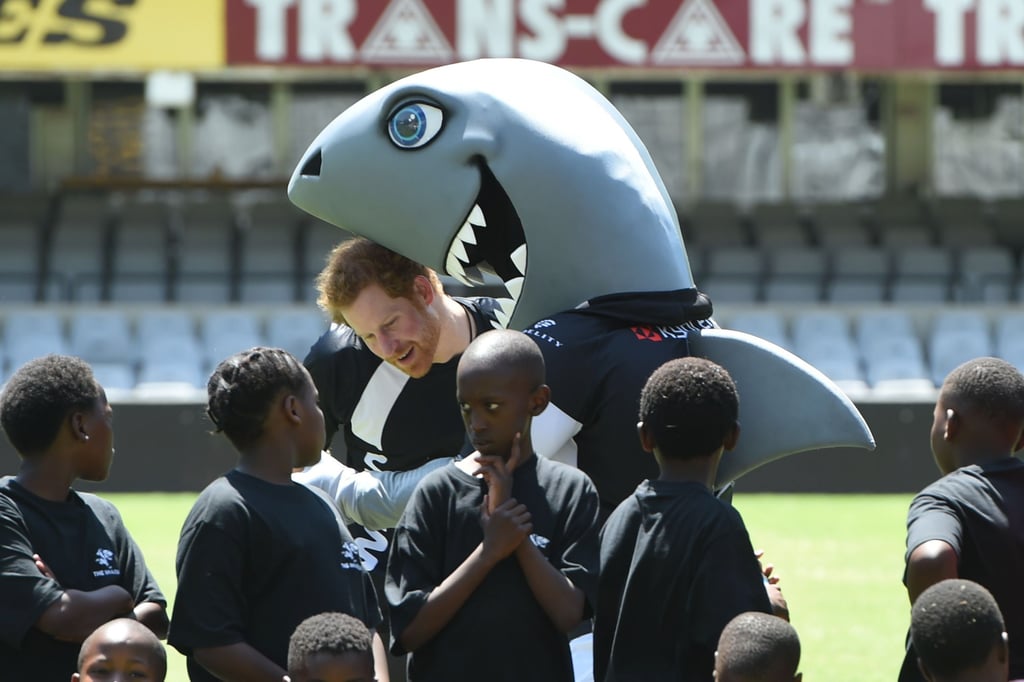 Prince Harry Takes On a Shark in South Africa, but It's Not What You Think

Prince Harry's photogenic journey through South Africa continued on Tuesday when he stopped by The Sharks rugby club at Kings Park Stadium in Durban to bond with a group of adorable children. In between plays, Harry got to meet the team's shark mascot and goofed around by putting his head through its jaws (no word on whether or not Chris Hemsworth was the one beneath the costume, unfortunately). The outing is one of many stops on Harry's official tour of South Africa, seeing as he's already been to Lesotho to work with his charity Sentebale and played football with some kids at the Football For Hope Centre in Khayelitsha. He'll be heading to Kruger National Park and Johannesburg next, where hopefully more sweet photo ops await. Keep reading to see more pictures from his time in Durban!