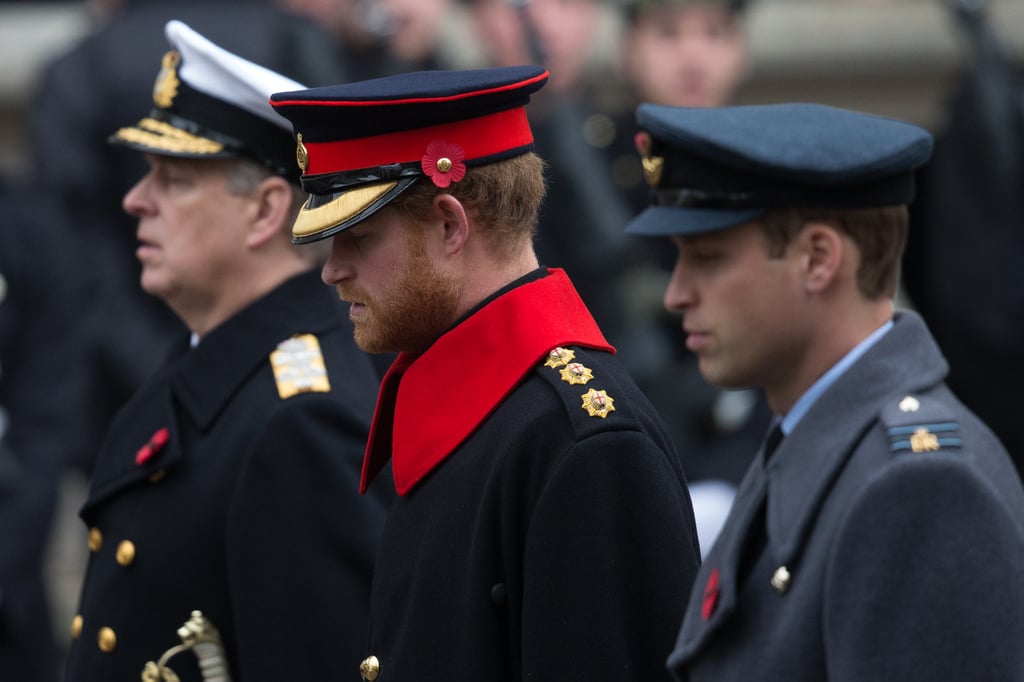 Prince Harry and Prince William attended the annual Remembrance Day service at the Cenotaph war memorial in London on Sunday. Harry and William donned their regiment uniforms along with red poppies on their lapels in memory of fallen soldiers and participated in a commemorative wreath-laying ceremony. Queen Elizabeth II also paid her respects while the Duchess of Cambridge and Queen Maxima of the Netherlands looked on from a balcony.

The Duke and Duchess of Cambridge made an appearance at the British Legion's Festival of Remembrance at the Royal Albert Hall just a day before. The royal couple were joined by Queen Elizabeth II, Prince Philip, and the Duke of York. Read on for more of the special day, and then check out the best pictures of the British royals in 2015.