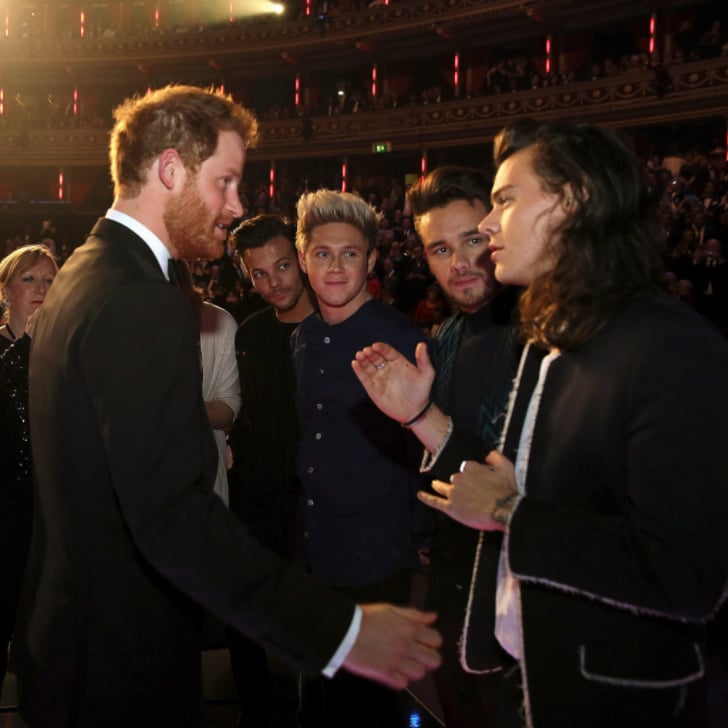 Here's What Happens When Prince Harry and Harry Styles Collide

Prince Harry was the guest of honour at the annual Royal Variety Performance in London on Friday. Harry wore a black tux for the charity event, which dates back to 1912 and helps support artists in the entertainment industry. This year's show included performances by Elton John, Kylie Minogue, Little Mix, Ricky Martin, and One Direction, whom Prince William and the Duchess of Cambridge met when they attended the event last year.

Harry has made a string of public appearances these past few weeks, from meeting with wounded veterans after they completed the Walk of Britain at Buckingham Palace to a commemorative wreath-laying ceremony at the annual Remembrance Day service with his brother, Prince William, at the Cenotaph war memorial. Read on to see more moments from Prince Harry's latest outing, and then check out what it really means when the royals attend major movie premieres.