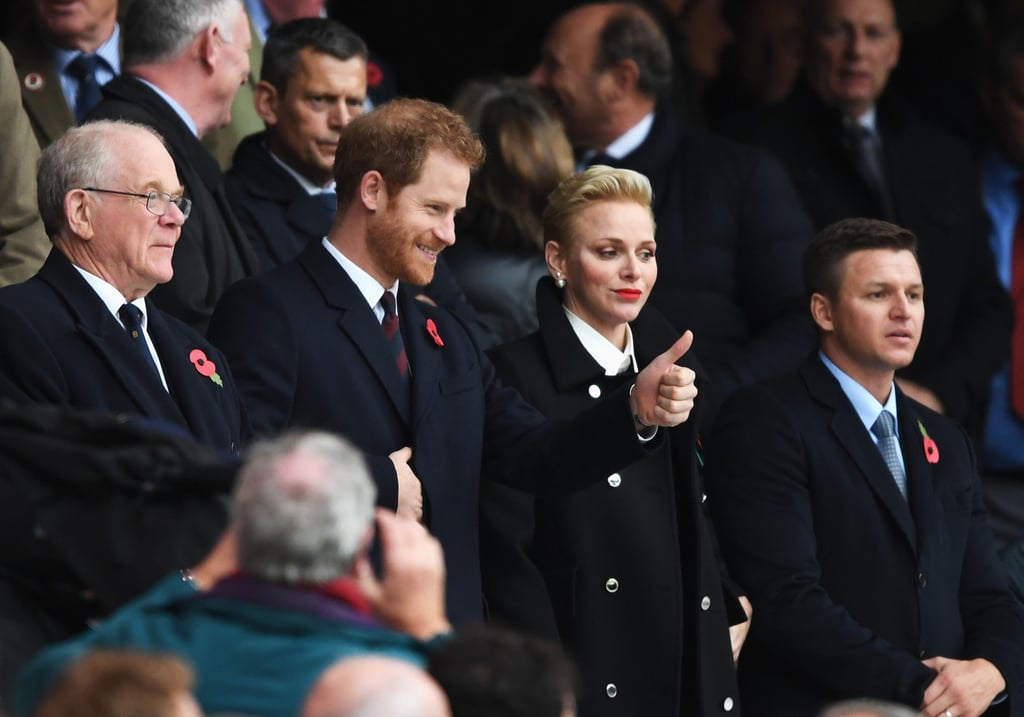 Prince Harry took time out of his busy schedule to attend a rugby match between England and South Africa in London on Saturday. Upon his arrival, the young royal laid down a wreath at the Rose and Poppy Gates, which were sponsored by the Rugby Football Union and commemorate the soldiers who lost their lives in World War I. Once inside Twickenham Stadium, Harry joined Princess Charlene of Monaco in the stands, where he happily took in the game and cheered on the athletes.

Harry's outing comes just two days after he visited the Field of Remembrance at Westminster Abbey with his grandfather, Prince Philip, and ahead of his 14-day Caribbean tour. During his visit, which kicks off on Nov. 20, the royal is set to meet Rihanna, learn about turtle conservation projects, replant coral reefs, and spend six nights on a Royal Fleet Auxiliary Wave Knight vessel that is used for disaster relief. Needless to say, Harry has a jam-packed schedule ahead of him.

Related:
Everything There Is to Know About Prince Harry and Meghan Markle's Royal Relationship
Previous Next Start Slideshow
The RoyalsPrince Harry