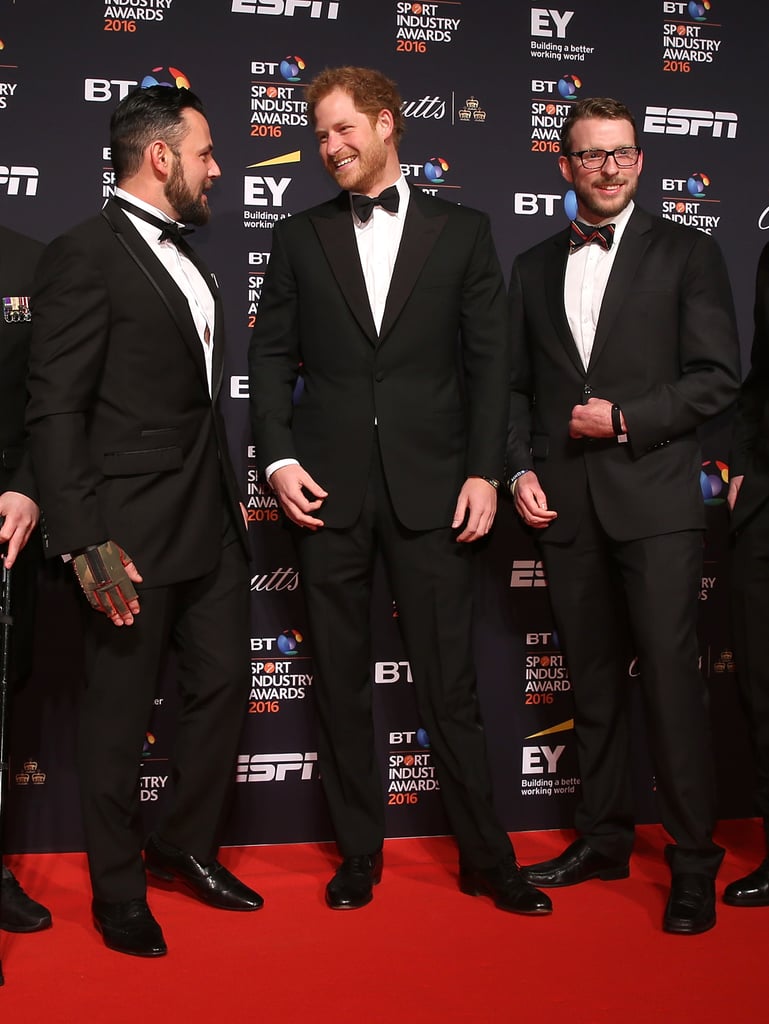 Prince Harry attended the BT Sport Industry Awards in London on Thursday night looking downright dashing, which confirms yet again that he only gets hotter and hotter each and every time we see him. Harry walked the red carpet in a sophisticated black suit alongside the UK Invictus team and laughed nonstop as they all posed for photographers. The Invictus Games Foundation — which gives injured armed servicemen and women the chance to take part in sports — is just one of many philanthropies that Harry is involved in.

During his five-day visit to Nepal in March, Harry visited sick children in a local hospital and delivered a powerful speech about women's rights at the Nepal Girl Summit. He also made quite an impact during his trip to South Africa in December 2015, which followed in the charitable footsteps of his late mother, Princess Diana. Keep reading to see more of Harry's night out with the Invictus team, and then see 29 jaw-dropping facts about Harry that will make you love him even more.