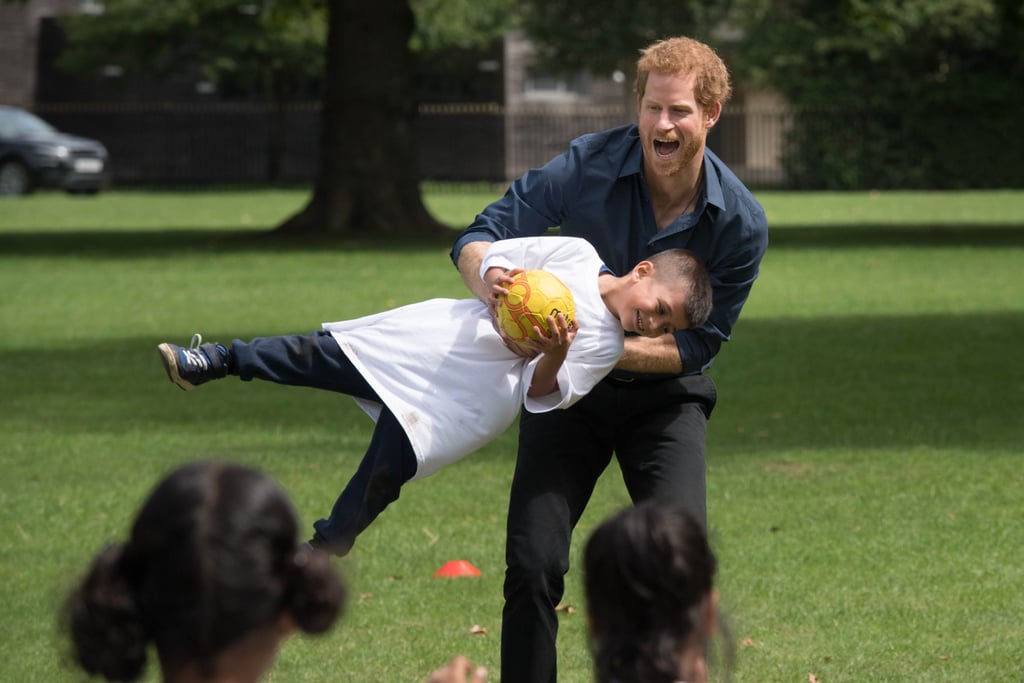 Prince Harry's signature charm was on full display when he visited StreetGames's Fit and Fed event in London on Friday. The campaign aims to provide kids with access to fun activities during the Summer, and Harry appeared to have a blast as he joined in on some of the games and played around with the children. The young royal also handed out healthy lunches, and at one point, he was spotted roughing and tumbling around with a group of boys on the field.

Related:
9 Times the Royal Family Showed Us That Some Rules Are Meant to Be Broken

Harry grabbed headlines earlier this week when he and Prince William opened up about the very last conversation they had with Princess Diana before she died in the new British documentary Diana, Our Mother: Her Life and Legacy. "It was her speaking from Paris," he recalled. "I can't necessarily remember what I said but all I do remember is regretting for the rest of my life how short the phone call was." As the 20th anniversary of Diana's death approaches, Harry and William also set up a memorial at Buckingham Palace.

The Royals
Harry and Meghan Make First Joint Appearance Since Welcoming Lili: "It's Wonderful to Be Back"
by Kelsie Gibson 15 hours ago