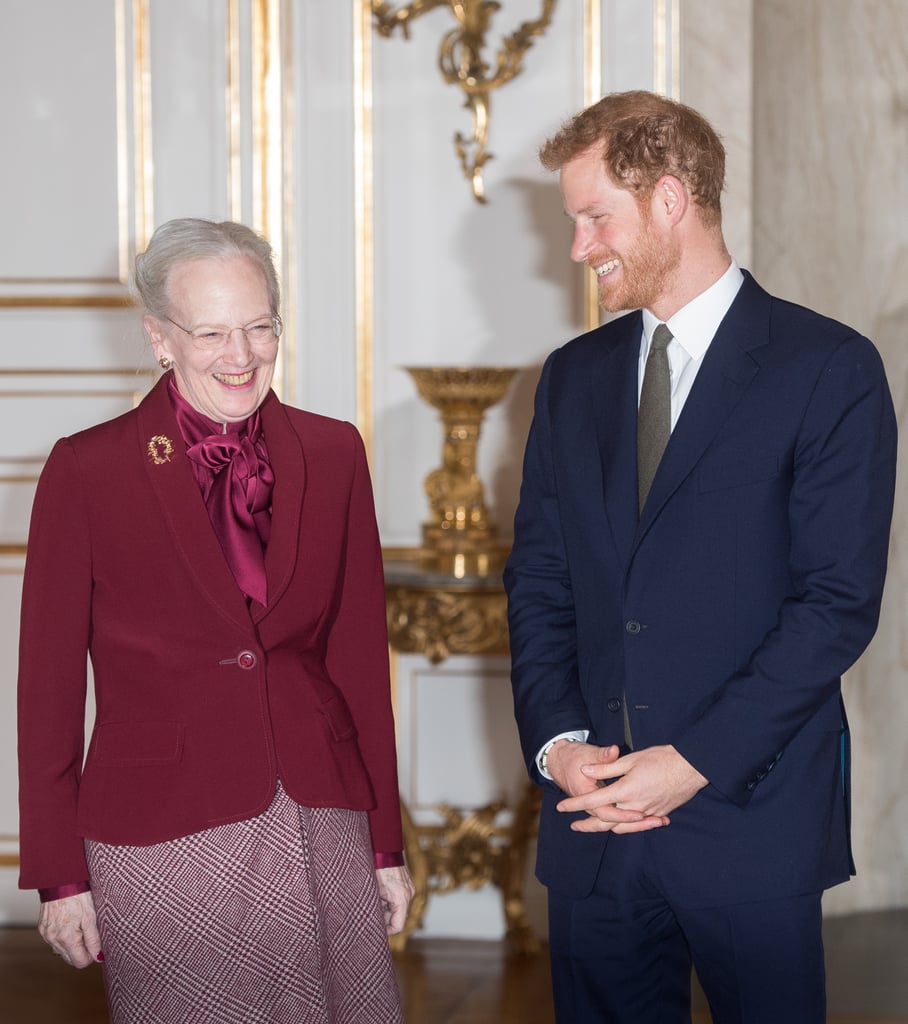 Prince Harry further proved that no one is immune to his royal charm when he kicked off his first official visit to Denmark on Wednesday — and by no one, we mean not even the queen of Denmark. Harry began his two-day trip by visiting Amalienborg Palace in Copenhagen, where he met with Queen Margrethe, who seemed more than delighted to be in the presence of the handsome young prince as she giggled her way through their entire meeting. Harry then spent his afternoon meeting with kids at the KPH Projects, which is a community of start-ups that aim to improve society via cultural and environmental initiatives. While there, Harry gave an impromptu speech, encouraging children to continue giving back to their communities. Harry later capped off his day by attending a reception at Tivoli Gardens, where he joined several important Danish figures and even tried his hand at speaking Danish.

Harry's trip comes just two days after his Lancashire, England, visit and amid reports that he and girlfriend Meghan Markle are getting ready to move in together. According to royal expert Katie Nicholl, "Meghan is likely to be moving to London as soon as November" and is making "London her new, permanent home." Perhaps that's the reason Harry has been smiling so much lately.