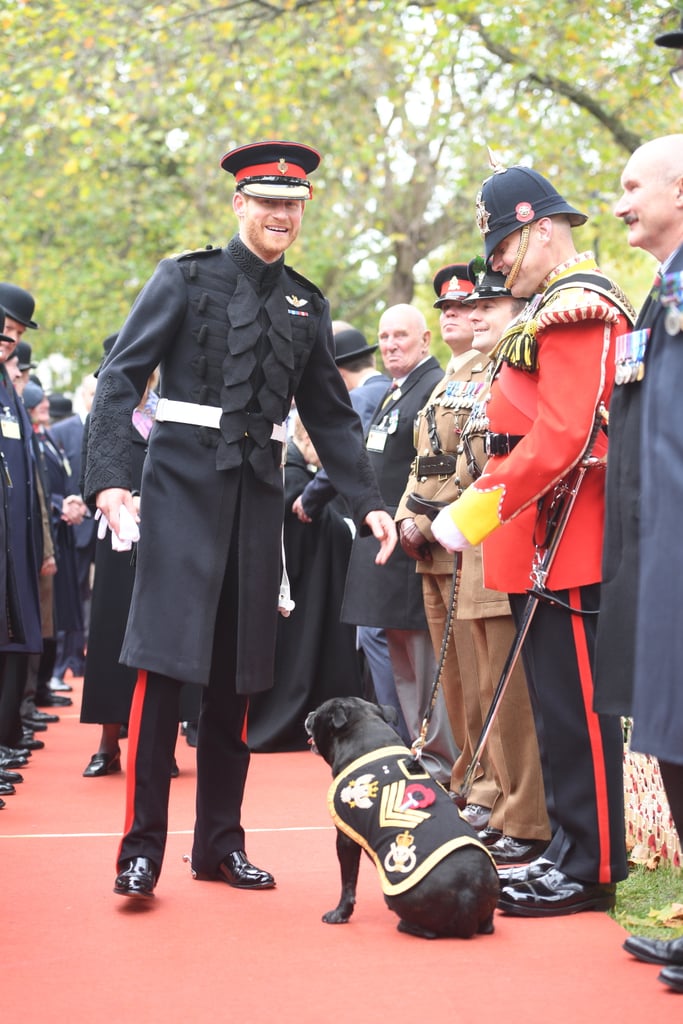 Prince Harry has done more this year than we'll probably ever do in our lifetimes, and he's showing no signs of slowing down. On Thursday, the royal visited Westminster Abbey in London, where he officially opened the Field of Remembrance. The memorial garden is organised annually by The Poppy Factory and honours fallen soldiers from WWI and WWII. Harry suited up in his uniform and paid his respects by laying a cross made up of poppies in front of wooden crosses from the graves of fallen soldiers, before meeting with veterans, cadets, and their families.

Harry then tried to bring light to a sombre occasion when a fan asked him about the whereabouts of his girlfriend, Meghan Markle. "I took the mickey and asked where his missus was and he said she wasn't here," veteran Matt Weston explained to reporters. "I asked if she would come next time because she's awesome and he said he couldn't hide her anywhere, but I said you wouldn't have to hide her." Now that Meghan and Harry are reportedly moving in together, hopefully we'll get to see more of the couple together soon.