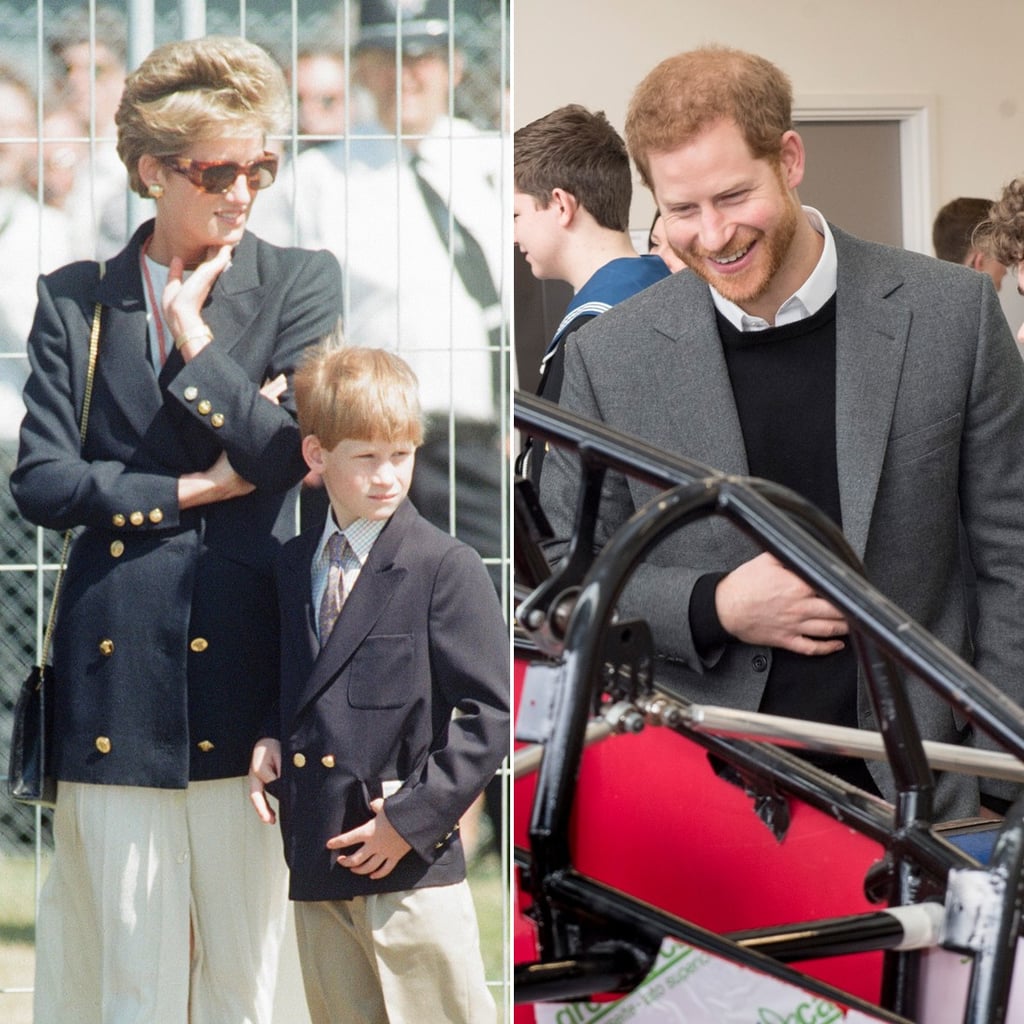 Prince Harry paid an extraspecial visit to the Silverstone Circuit in England on Wednesday to mark the grand opening of the Silverstone Heritage Experience educational centre. Harry, who is a patron of the motor racing organisation, met with students who are currently working in the motorsport industry and delivered a brief speech before giving the green light to start construction. "It is well-known that Great Britain is a world leader in high-performance engineering and motor racing engineering in particular, as well as having some great drivers," the royal told the crowd. "But it is no exaggeration to say that, unless we encourage more young people to study science, technology, engineering, and maths, it will be impossible for us to continue to lead in this field."

Every member of the British royal family champions various causes that they're passionate about. Silverstone in particular seems to hold a special place in Harry's heart, given that his first visit to the circuit was with his late mum, Princess Diana. In 1994, Harry and Prince William accompanied Diana to present the British Grand Prix trophy at the racetrack. Let's take a walk down memory lane and look at both outings side by side.

HRH made a short speech before pressing the green light on the start of the construction of the new centre, which will use the latest technology to tell the story of @SilverstoneUK & British motor racing. pic.twitter.com/Obag77apsj

— The Duke and Duchess of Cambridge (@KensingtonRoyal) March 7, 2018

The Royals
Meghan Markle's Friends Are Coming to Her Defence: "Find Someone Else to Admonish"
by Monica Sisavat 5 hours ago