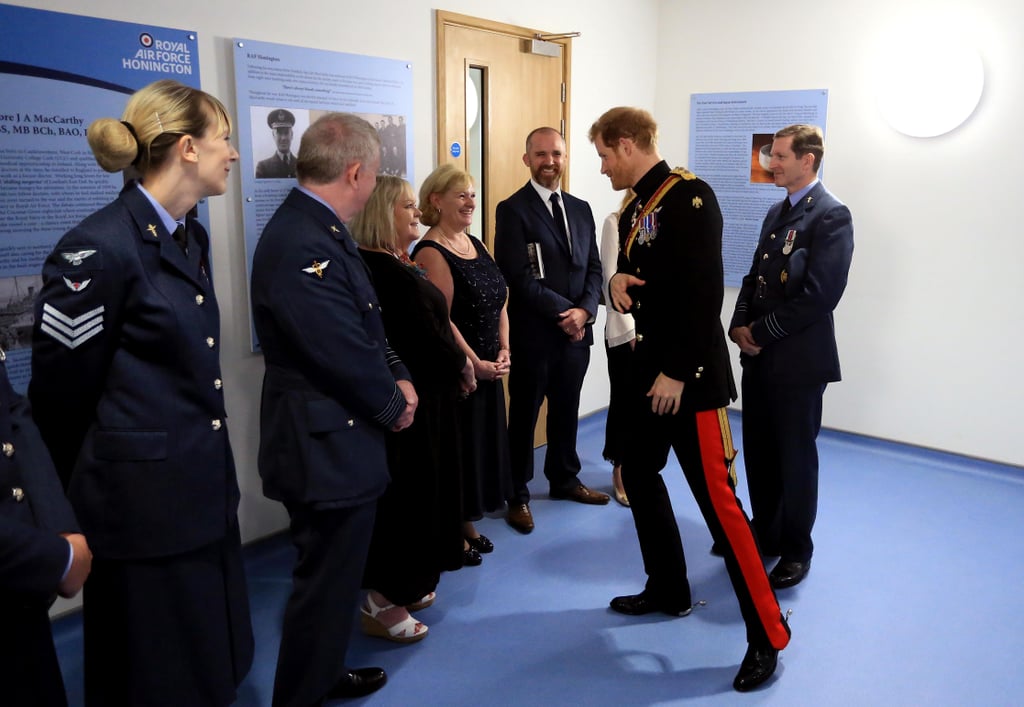 The Duke and Duchess of Cambridge are currently in the middle of their royal tour of Poland and Germany, but that doesn't mean there isn't any work left to be done back home. On Thursday, Prince Harry paid a special visit to Suffolk to present a new colour to the Royal Air Force Regiment for their 75th anniversary. Harry — who, let's face it, is a real-life Prince Charming — looked dashing in his military uniform as he greeted children and visitors with high fives and handshakes. During his outing, Harry also presented the Firmin Sword of Peace to the RAF police and officially opened the Aidan MacCarthy Medical Treatment Centre.

Related:
The Reason Behind All of Prince Harry's Charity Work Will Break Your Heart

And he didn't stop there. Harry then traded in his military getup for a dapper blue suit as he toured Headway, a charity that works to improve lives after brain injuries. While there, the royal met with a handful of survivors and even decorated a cake while blindfolded to experience the daily struggles of people with brain injuries. We have a feeling Princess Diana would be proud.