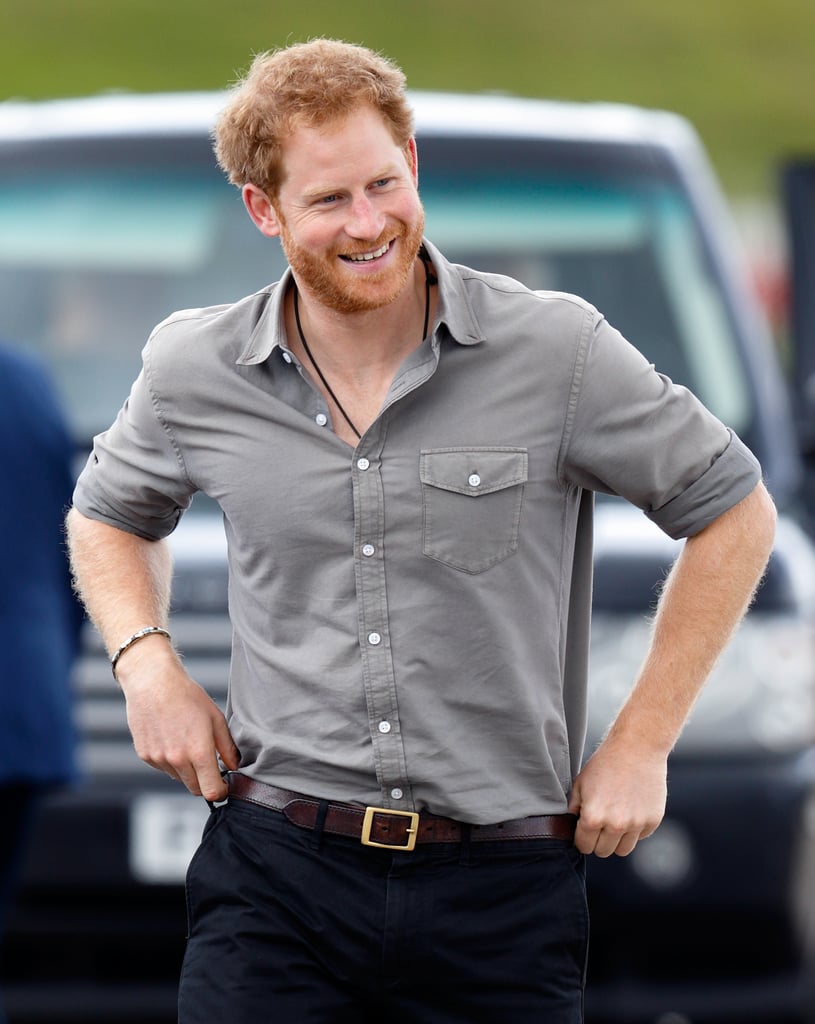 Prince Harry Is Full of Laughs During His Latest Outing

Prince Harry made a particularly smiley appearance when he visited with children on Wednesday. The famous royal first stopped by the Blair Project at the Three Sisters Raceway, a program that helps disadvantaged kids, and later made an appearance at the Wigan Youth Zone, a facility that provides a safe and fun environment for young people with disabilities. Dressed in a grey button-down shirt and black trousers, Harry looked at ease as he greeted people with high fives and a huge grin.

This is just one of the many times he has graced us with his charm over the past few months. Aside from having the sweetest response to a little girl's proposal and playing rugby with a group of children in Stockport, he practically made us swoon when he joined Coldplay on stage at Kensington Palace. If you just can't get enough of the royal, be sure to check out his best moments from this year — so far!