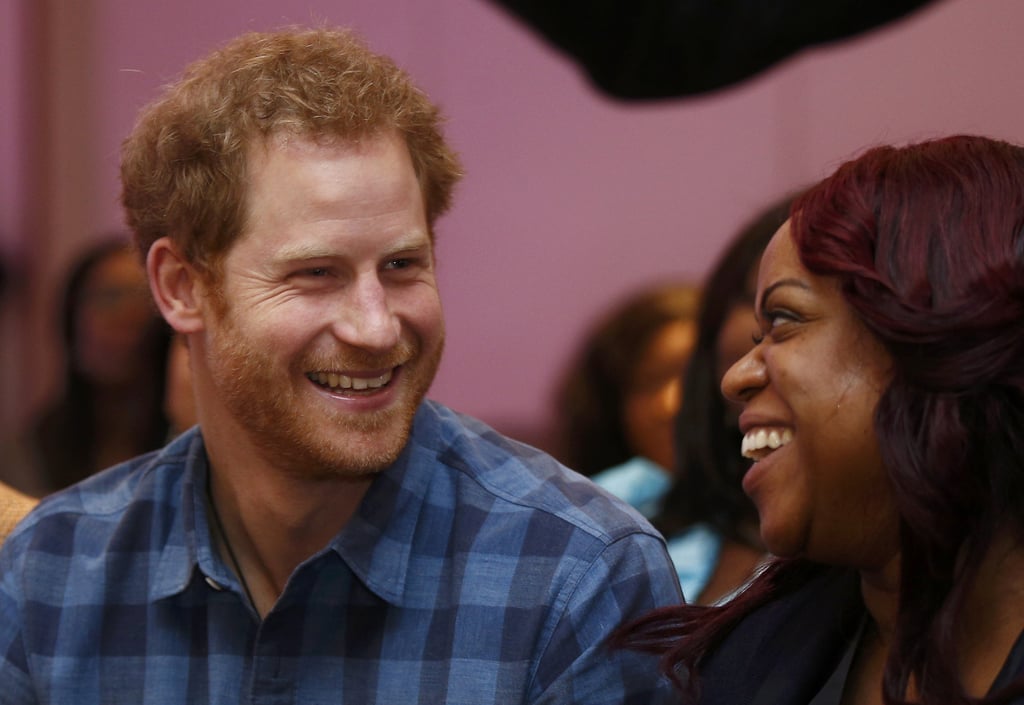 Prince Harry could not have looked any happier while visiting NAZ, a sexual health charity, in London on Tuesday. The young royal continued his bid to promote HIV awareness by meeting with members of the Joyful Noise Choir and encouraging them to not be scared of the stigma attached to their disease. Harry kept things casual for his visit, sporting a blue shirt and the same beaded bracelet his girlfriend, Meghan Markle, has also been photographed wearing. His latest appearance comes just a few days after Harry linked up with Princess Charlene of Monaco at a rugby match between England and South Africa in London. It was also reported that Meghan paid him a short visit over the weekend after she was spotted food shopping near Kensington Palace, so perhaps Meghan is the reason for his smile?

Related:
6 Things to Know About Meghan Markle, the Beauty Rumoured to Be Dating Prince Harry
Previous Next Start Slideshow
The RoyalsPrince Harry