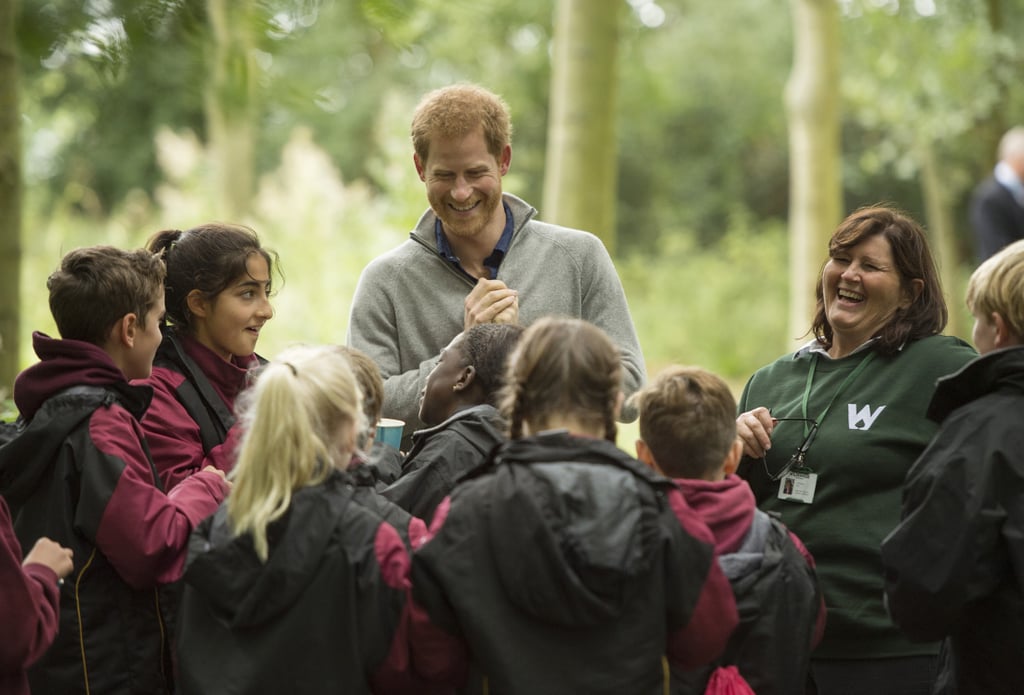 Prince Harry has had quite the busy year so far, and he doesn't seem to be slowing down anytime soon. On Thursday, the royal spent his morning at the Chatham Green Project, a conservation, education, and sustainability initiative run by The Wildness Foundation. During his visit, Harry met with a group of students from the TurnAround youth program and learned all about nettle tea making, shelter building, and fire lighting. The TurnAround charity aims to help people between the ages of 15 to 21 who struggle with family, social, and personal problems to overcome hardships through wilderness therapy.

Harry's philanthropic outing comes just one day after reports surfaced that the royal flew his girlfriend, Meghan Markle, to Scotland to meet Queen Elizabeth II. Not only is that a huge milestone in and of itself, but it could also mean that wedding bells are in store. According to Us Weekly, palace aides have already starting preparing for an official engagement announcement. Still, the couple have yet to confirm anything, so it looks like we'll just have to wait and see.