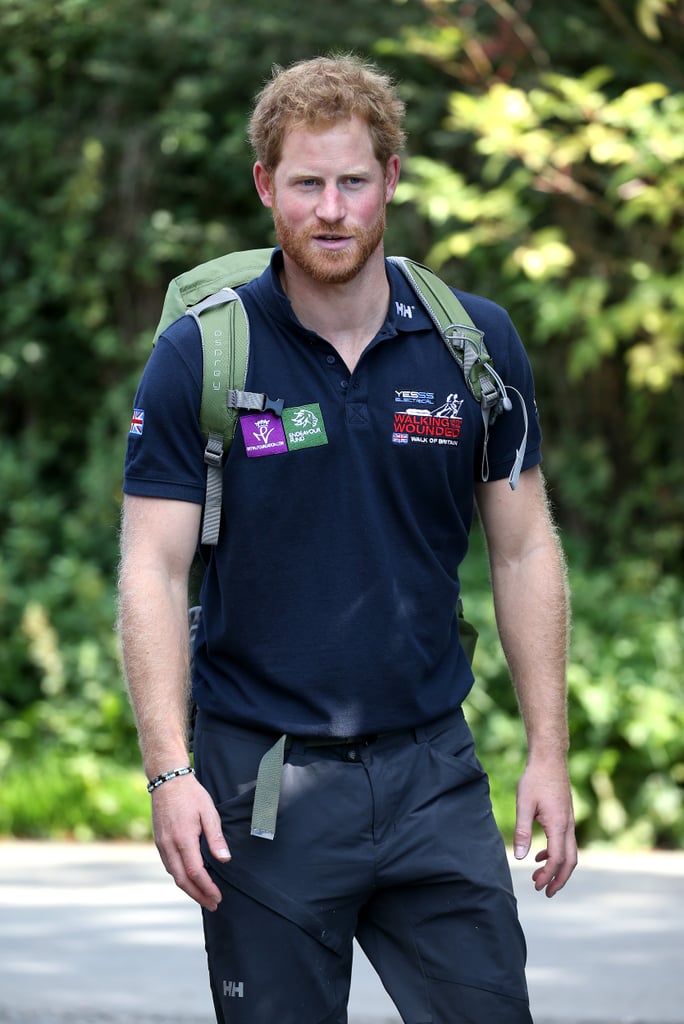 Prince Harry's Backpack Is Cute, but His Humanitarian Side Is Cuter

Prince Harry has been on quite the philanthropic streak lately, and he doesn't seem to be slowing down. On Wednesday, the handsome royal joined six wounded veterans (four British, two American) in Ludlow for a portion of the Walk of Britain — it's a two-month, 1,000-mile journey from Scotland to Buckingham Palace. The organisation, called Walking With the Wounded, is using the trek to benefit veterans. The heartwarming day marks just one of many great moments from Harry this month. After finishing up his trip to Africa, he helped renovate homes for veterans with William and made a surprise appearance at a military school in Dover. Keep reading for more pictures from his walk, then try not to smile at all of his goofy facial expressions.