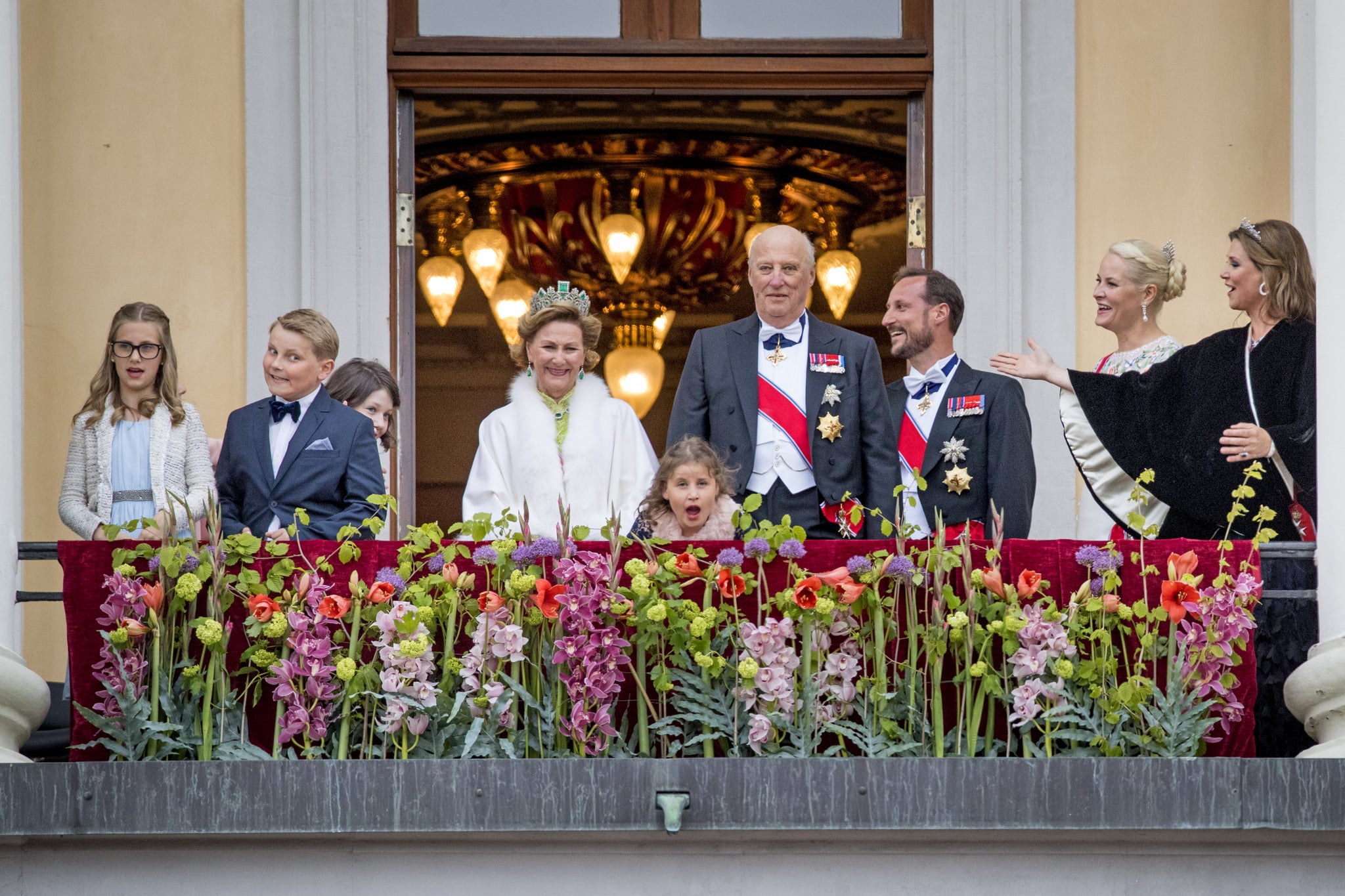 King Harald V and Queen Sonja of Norway celebrated their 80th birthdays this week with a string of massive events in Oslo. Despite the high-profile guest list — which included Prince Carl Philip and Princess Sofia of Sweden and Prince Albert and Princess Charlene of Monaco — it was the couple's 11-year-old grandson, Prince Sverre Magnus, who stole the show with his antics on the balcony of the Royal Palace. On Tuesday, Sverre was either really bored or really excited by the giant crowd of well-wishers that formed in front of the palace, because he started acting pretty extra while up there with the rest of his family. A video on Twitter showed the young royal throwing peace signs (innocent enough) before hitting a dab for the fans (and you thought the dab was over, huh?)

MEDIA: The Prince of Norway during a royal ceremony pic.twitter.com/yAGpUJH2XX

Even though the adults didn't notice or seem to mind Sverre's stunts, his cousin, Leah Isadora Behn, was not having it; the 12-year-old looked visibly annoyed with him, even trying to force his arms down and keeping her arms crossed like, "Here we go again with this guy." Dab on, Sverre Magnus. Dab on.