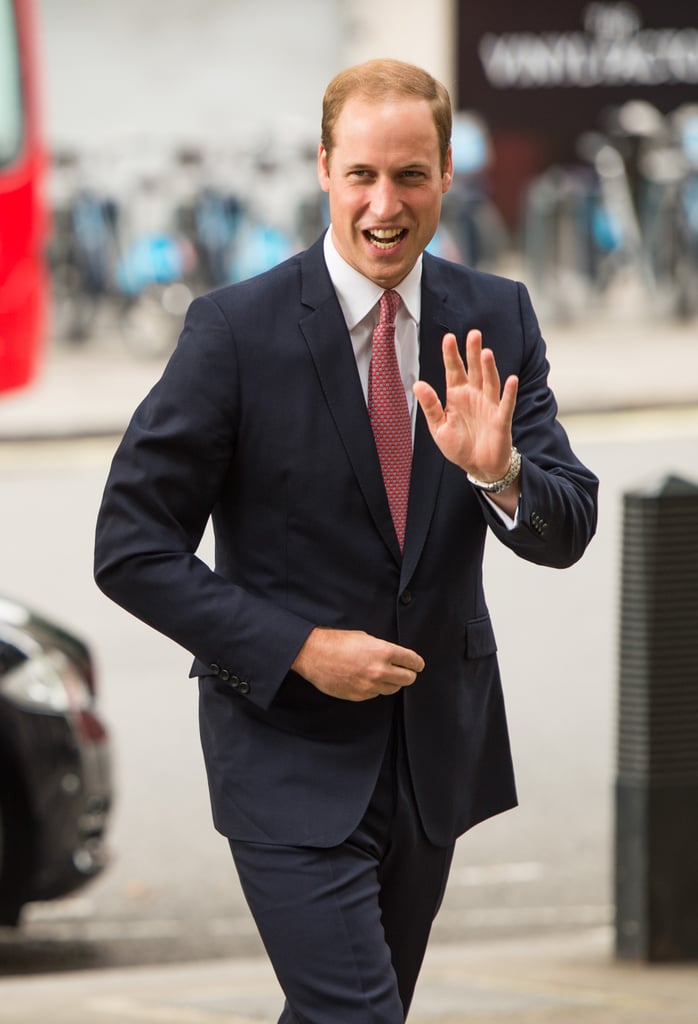 Prince William flashed a smile when he stopped by a special unveiling at Australia House in London on Friday, but his tone inside the event was much more sombre as he took a moment to remember the victims that were lost in the tragedy of flight MH17 on Thursday. William said:

I know that I speak for all of us here when I acknowledge our deep sadness following yesterday's disaster in the Ukraine. For all of us who have lost fellow countrymen and women in the tragedy, words cannot do justice to our sense of loss. For Australians, and for our Malaysian brothers and sisters in the Commonwealth, the crash is a particularly cruel tragedy coming so soon after the loss of MH370. Please be assured of my family's thoughts and prayers at this time.

Early estimations predict that six British citizens and 27 Australians were lost during the crash, along with the total 298 people who perished.

Although William took a moment to remember the victims, he still had other business to attend to at the event, where he was unveiling a commemorative statue of legendary English explorer Captain Matthew Flinders, who was the first person to circumnavigate Australia and identify it as a continent in the early 1800s. Wills has been keeping busy with royal duties over the past week, which included a stop to play with children at the Coventry War Memorial Park on Wednesday. Despite his busy schedule, William will surely make time on Tuesday to celebrate his son Prince George's first birthday. George may be getting a baby brother or sister very soon, as there have been new rumblings that Kate Middleton and William are trying for another baby.