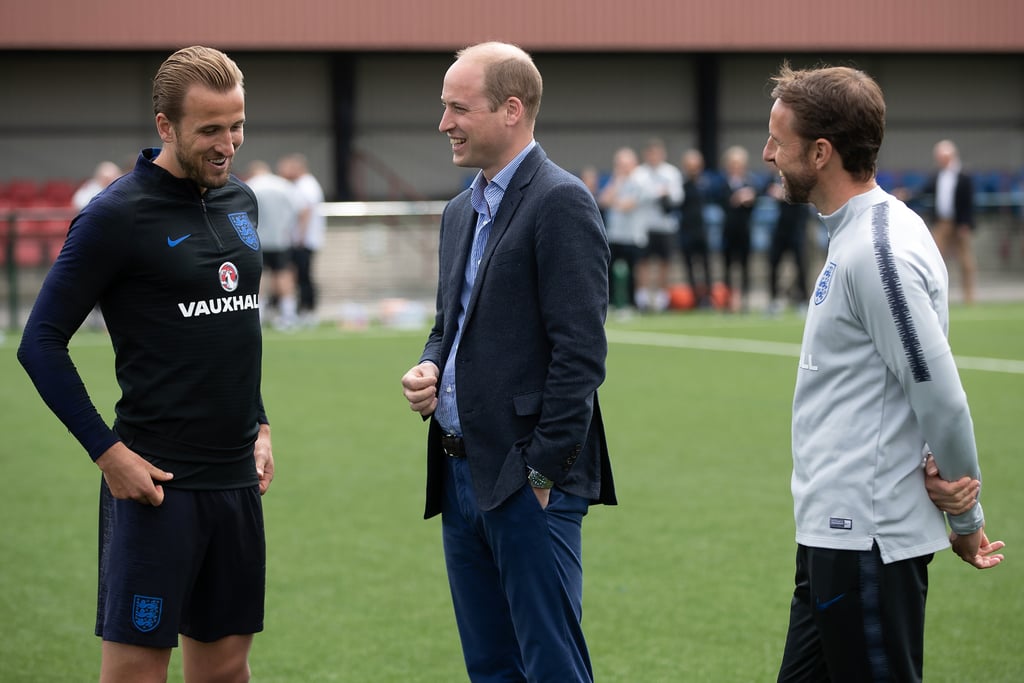 Prince William has certainly had a fun-filled week. After testing out a motorbike during his trip to the Isle of Man, the father of three caught up with England's football team on Thursday ahead of the World Cup in Russia. While he didn't partake in any drills during his visit, he did look like a giddy little kid as he greeted some of the players on the field.

Aside from being an avid football fan, the 35-year-old royal is president of the Football Association, the governing body of the sport in England. He was actually meant to attend the FA Cup Final this May, but skipped out for a very special reason: Prince Harry and Meghan Markle's wedding. We think serving as best man at your brother's wedding certainly trumps attending a football game. See more of his latest appearance ahead.

Related:
Catch Some of Prince William's Sportiest Moments Over the Years
Previous Next Start Slideshow
The RoyalsThe British RoyalsPrince William
Around The Web