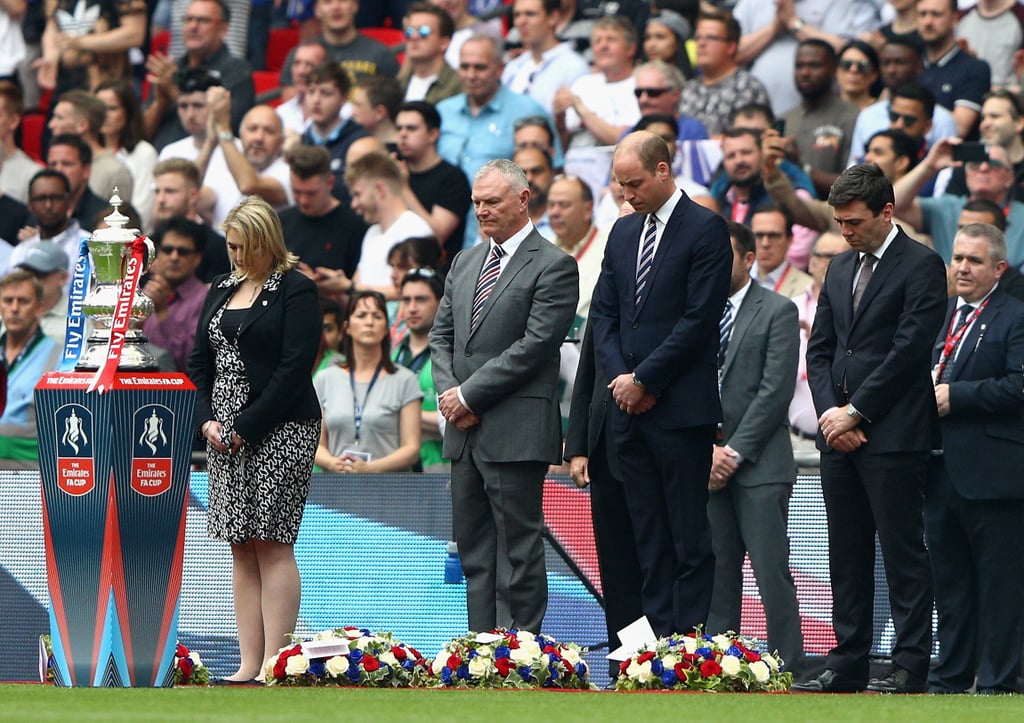 Prince William honoured the victims of the Manchester concert attack at the Emirates FA Cup Final between Arsenal and Chelsea at Wembley Stadium on Saturday. The royal paid tribute to the 22 people who were killed and all the people who were injured by laying down a wreath of flowers and participating in a moment of silence. Kensington Palace also tweeted a handwritten note from the prince that reads, "We will never fear coming together to celebrate all that unites us. In memory of the friends and family taken from us in Manchester."

"We will never fear coming together to celebrate all that unites us. In memory of the friends and family taken from us in Manchester." pic.twitter.com/ZxJchEdH7V

Since the horrific attack, the royal family has been spreading hope and healing to the people of Manchester. William released a statement on behalf of himself, the Duchess of Cambridge, and Prince Harry, while Queen Elizabeth II did the same. On Friday, the queen personally visited a few of the attack's youngest victims in the Royal Manchester Children's Hospital, and the community in Manchester has shown strength by uniting for a citywide minute of silence as cities around the world show their support.