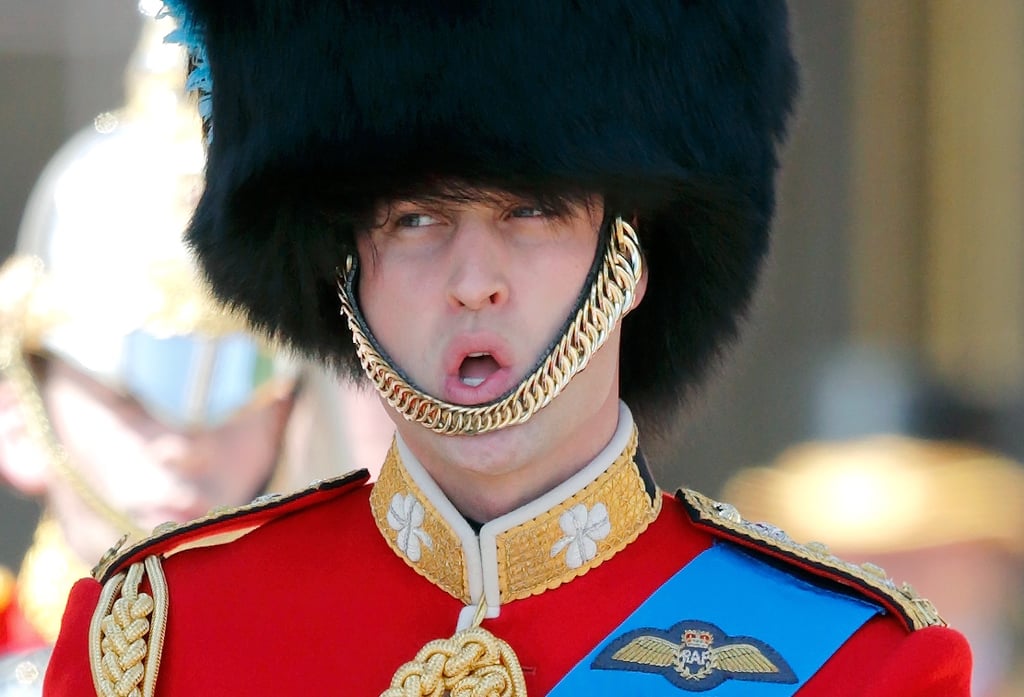 26 Pictures That Give a Glimpse of Prince William's Goofy Side

As the second in line for the throne, Prince William already has the weight of the monarchy on his shoulders, but somehow all that responsibility hasn't made him too serious. In fact, he's known to be quite friendly and relaxed, even joking with Kate and cracking up during official engagements. You can't expect him to keep a straight face all the time, can you? And since he's been in the public eye for so many years, he's had more than a handful of hilarious moments caught on camera. Ahead, some of the future King of England's funniest facial expressions.

Related:
The Absolute Funniest Pictures of Prince George and Princess Charlotte
Previous Next Start Slideshow
The RoyalsThe British RoyalsPrince William
Around The Web

British Celebrities
James Corden Gave Prince Harry a Tour of LA, and There's a Lot to Unpack — Let's Get Started
by Tori Crowther 14 hours ago