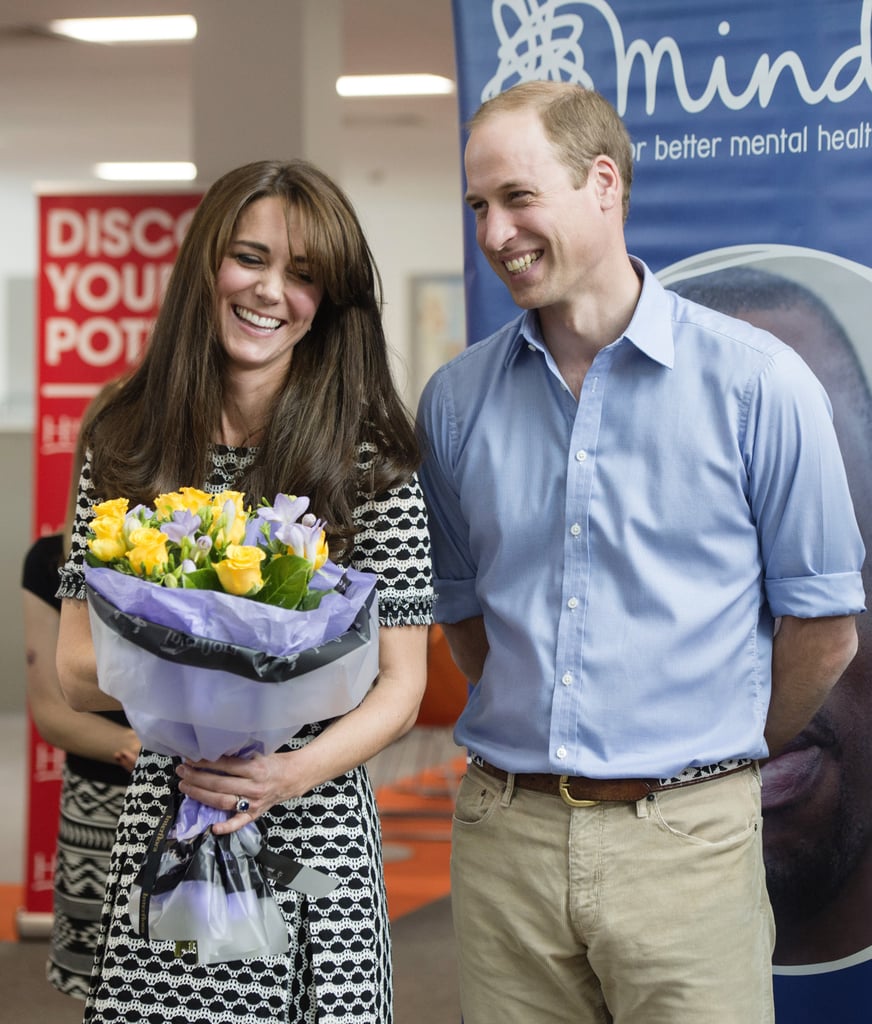 The Duke and Duchess of Cambridge were in good spirits when they stepped out to meet with young people who have suffered from mental health issues at Harrow College in London on Saturday. The pair attended an event hosted by MIND, a charity that works to raise understanding of issues related to mental health. While taking part in workshops, the Duke and Duchess of Cambridge heard stories from the volunteers who help raise awareness about these problems.

After their visit, the chief executive of MIND told People, "I was really very impressed with their huge commitment and understanding around the issue. And their interest in the young people that they spoke to was hugely impressive." A volunteer for the program added that, after someone thanked the couple for their efforts, Prince William said, "You guys are the real heroes, and it's you that we want to hear from — it's not about us." Keep reading to see more of the couple's latest outing, then take a look at Will and Kate's sweetest moments from this year.