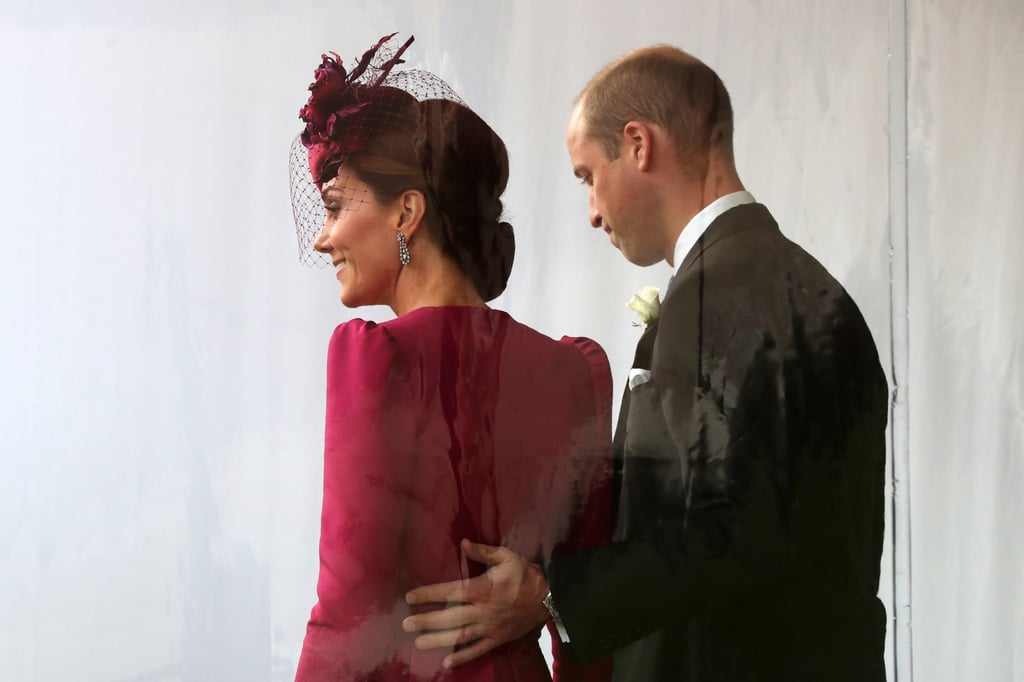 Prince William and Kate Middleton aren't known for being an overly lovey-dovey couple in public. While the future king and queen haven't completely shied away from showing their love for each other — they've been known to hold hands and share an embrace every once in a while — they typically keep PDA to a minimum; contrary to popular belief, there actually isn't any formal rule that discourages Kate and Will, rather, since they are "working representatives of British Monarchy," they've preferred to keep it to a minimum (similar to the queen and Prince Philip).

But a fresh new royal couple seems to be shaking things up in more ways than one. Since Prince Harry and Meghan Markle stepped on the scene with their abundant displays of supersweet PDA, it seems like Kate and Will have become more comfortable expressing themselves as a couple this year, too. Even with reports of the fab four creating distance from a work perspective, the Cambridges may have let some of Harry and Meghan's "touchy-feely" vibes rub off on them. Scroll through for Kate and Will's cutest PDA moments this year.

Related:
31 Times the Royal Family Broke Protocol and Packed on the PDA Anyway
Previous Next Start Slideshow
The RoyalsBest Of 2018The British RoyalsCelebrity CouplesCelebrity PDAPrince WilliamKate Middleton
Around The Web