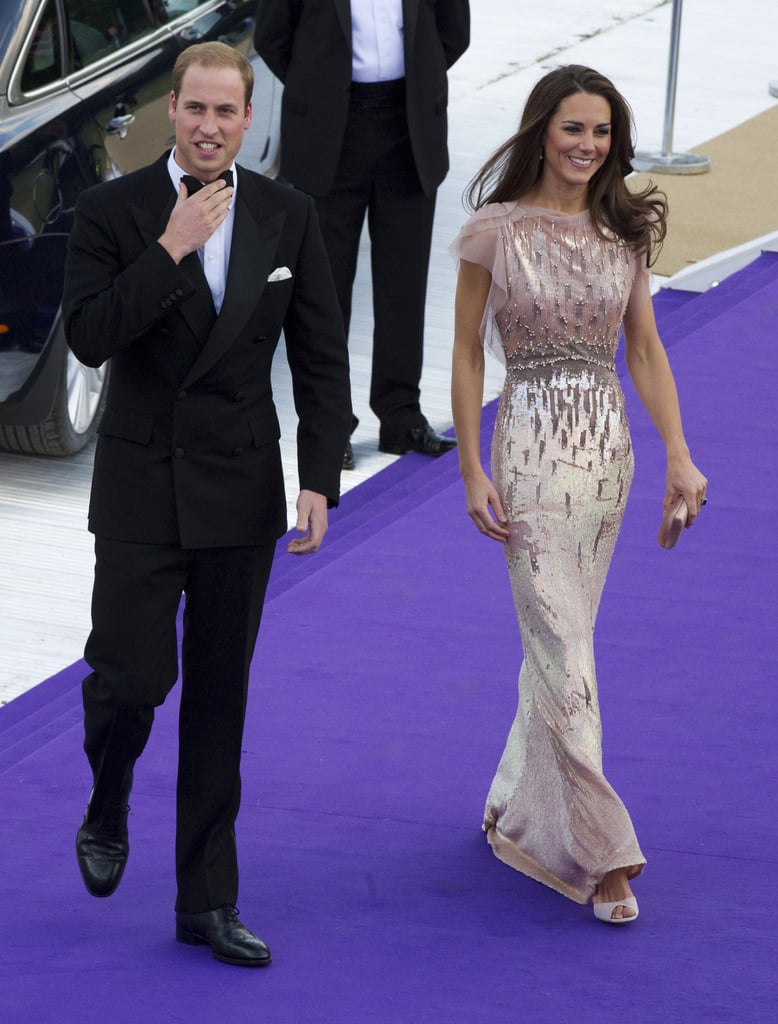 Prince William and Kate Middleton were dressed to impress for the Ark dinner tonight at London's Kensington Palace. Kate Middleton kicked off the day running errands in a much more casual dress, checking items off her to-do list before this evening. It's her and William's first official social engagement as a married couple, though they have done some less formal work as a royal pair. Prince William and Kate Middleton welcomed the Obamas to Buckingham Palace last month, but they sat out the lavish state events that were part of the president and first lady's visit. For today's event, Kate was decked out in a Jenny Packham gown and shoes from one of her favorite shops, LK Bennett. The high street store is also a preferred shoe spot for her mom, Carole, and sister, Pippa. William will make his first speech as a married man at the meal to announce a new project from the Foundation of Prince William and Prince Harry. The dinner is an ultra-exclusive event in England where tickets can cost up to $14,500, and it's planned to feature music from Mark Ronson following the presentations and dining. There might be a snafu for Mark, though, since he tweeted that his DJ kit was stolen last night and he can't perform without it!