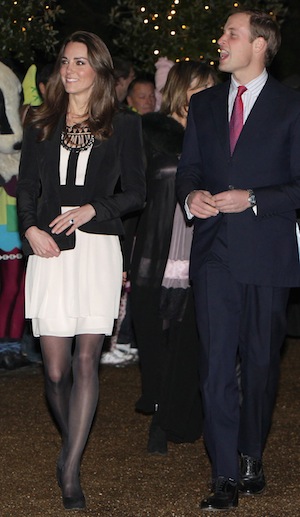 Prince William and Kate Middleton might start a new charitable trend among newlyweds. The future king and queen of England plan to ask guests to send donations to charity in lieu of presents.

The no-gifts rule seems like a good option for a prince and princess, who surely have everything. But don't count on the Queen being on board. She's allegedly "livid" over wedding details that are less-than-traditional and reportedly asked William: "At what point do you stop being trendy and start being realistic?" One major source of tension: William decided on a buffet breakfast instead of a more formal meal without the Queen's approval. However, when it comes to gifts, William and Kate's supposed plan will still allow for gifts from close family and friends, which would hopefully keep the Queen happy.

William and Kate's charity plan would send the message that they're in tune with the more austere mood in England. Would you consider forgoing a registry and asking guests to donate to charity instead?