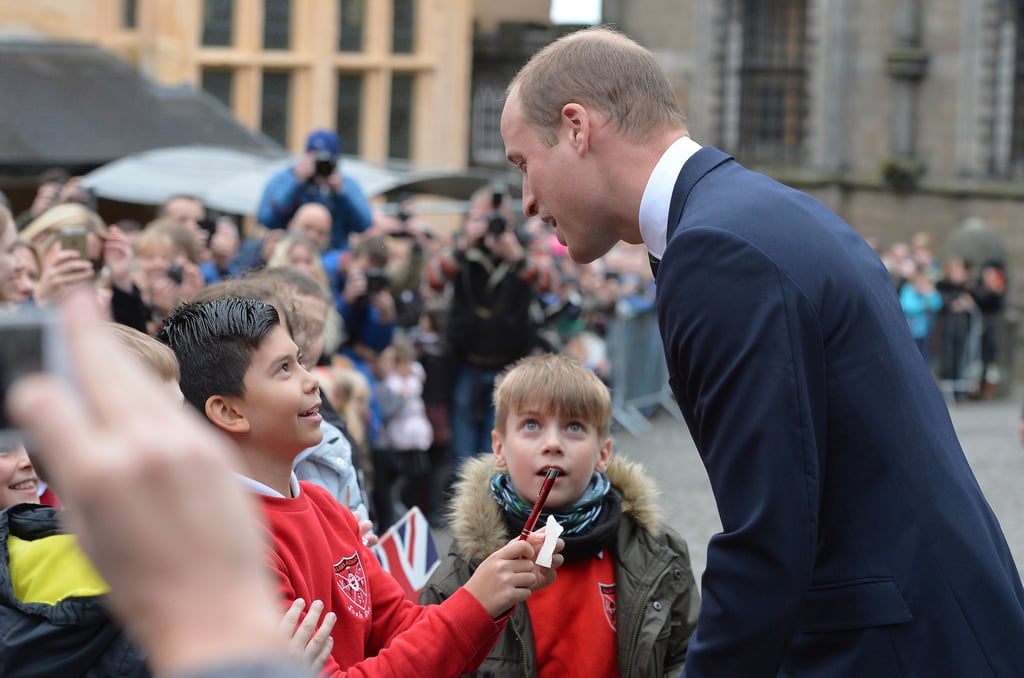 Prince William took a break from making appearances with the Duchess of Cambridge and bonding with his daughter, Princess Charlotte, on Monday to make a solo outing in Scotland. The Duke of Cambridge, who is also called the Earl of Strathearn while in Scotland, visited Stirling Castle on Oct. 24, where he met with children and servicemen to kick off his patronage of the Thin Red Line campaign for the Argyll and Sutherland Highlanders Museum, which is based in the castle. After being greeted by a group of enthusiastic kids, William dished out high-fives as he asked their plans for their half-term holidays from school. One young boy was photographed asking William for his autograph, while another looked up at him in awe. William also gave a presentation during his visit, which ended up providing the world with a hilarious photo of a man in a painting appearing to rest his hand on the royal's head. William's outing is just the latest in what is shaping up to be the royal family's best year yet.