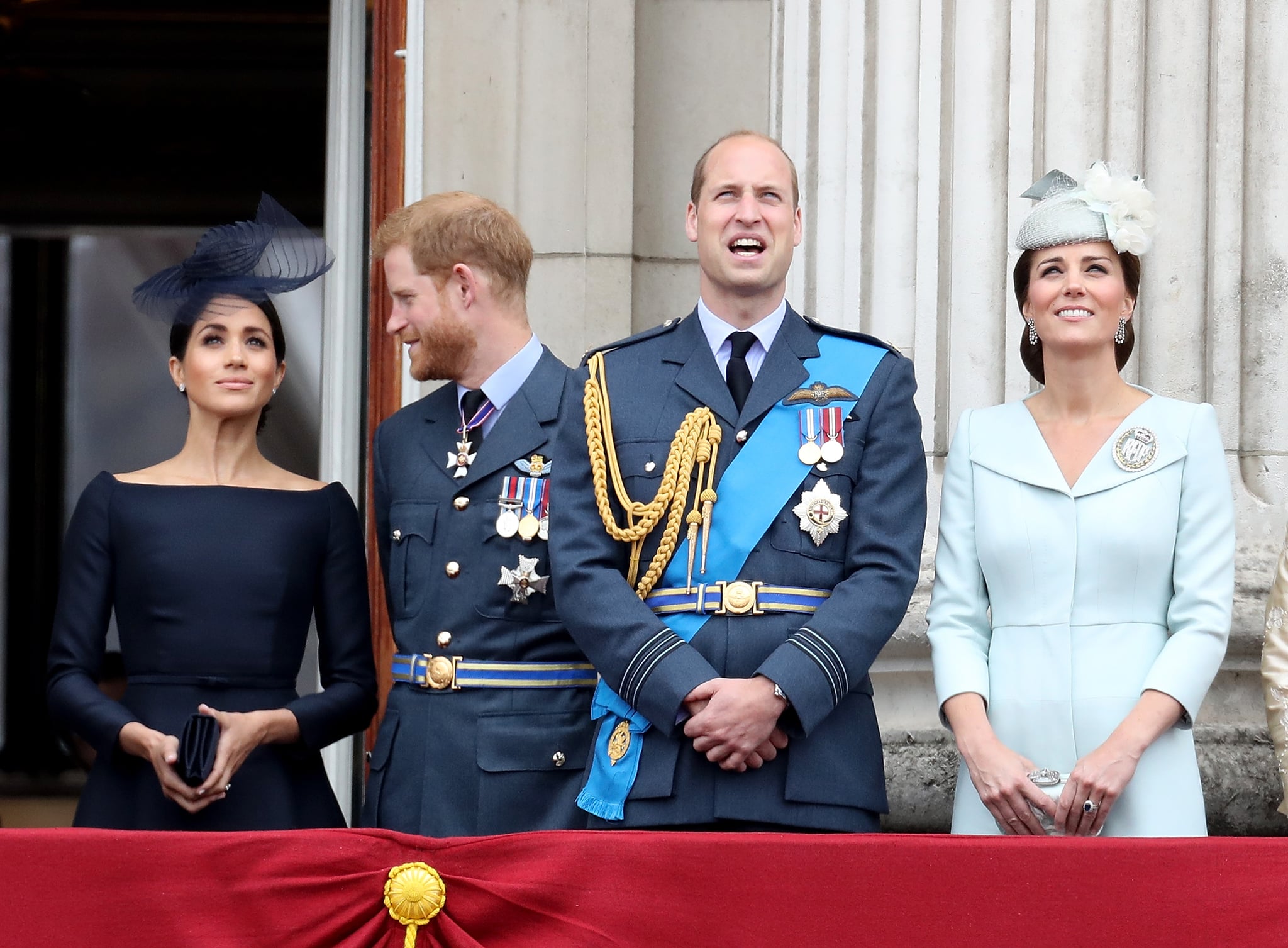 What's so funny, Will? The fab four recently reunited to celebrate the 100th anniversary of the Royal Air Force on Tuesday, and it appears Prince William had a case of the giggles. During a service at Westminster Abbey, the father of three was spotted trying to hold in a laugh before his wife Kate Middleton turned around and caught him. We always love to see sweet moments like this between the couple since it's such a rarity. While Prince Harry has no qualms showing PDA with Meghan Markle, Will and Kate are usually more reserved when it comes to showing off their romance.

The recent appearance comes just a day after the couple attended the christening of their third child, Prince Louis, at the Chapel Royal in the grounds of St. James's Palace. While Prince George and Princess Charlotte were on-hand to celebrate their sibling's royal milestone, Queen Elizabeth II and Prince Philip unfortunately weren't able to attend. Catch a glimpse of Kate and Will's candid couple moment below.