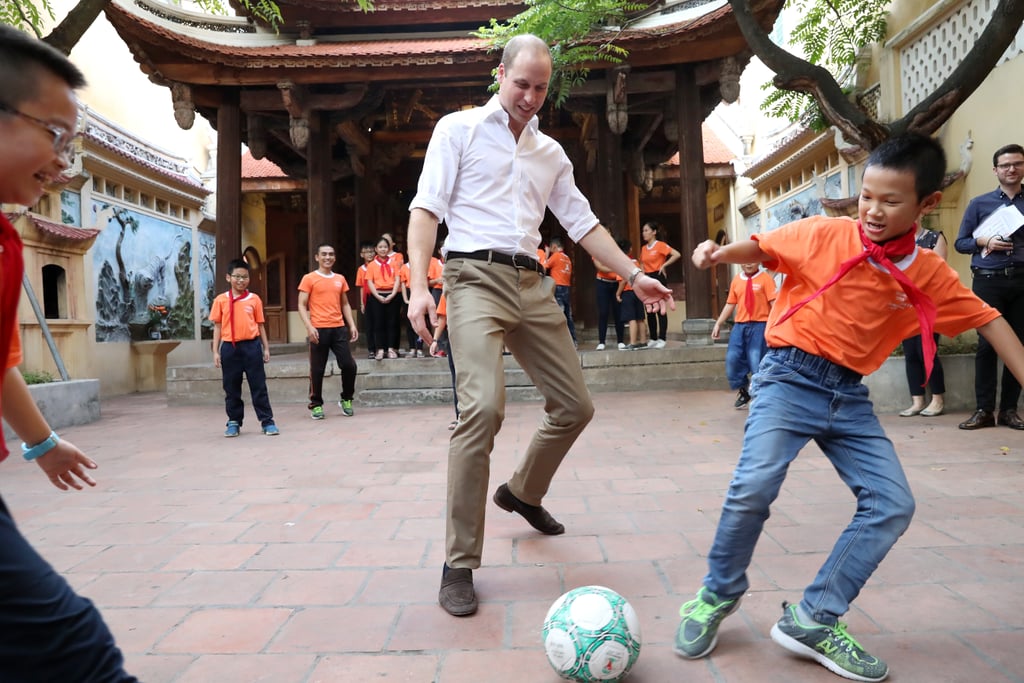 Prince William took a break from his royal duties on Wednesday to play with school children in Hanoi, Vietnam. During his two-day tour of the country, the famous royal showed off his sporty side as he participated in a game of football at Hong Ha Primary School. In between kicks, he also went into dad mode as he offered a few high fives and bent down to talk with a few of the children. Will is currently visiting Hanoi on behalf of his United For Wildlife charity. While he hopes to spread awareness about endangered species during his stay, his brother, Prince Harry, will have a similar initiative when he visits the Caribbean later this month to talk about the environment and wildlife.